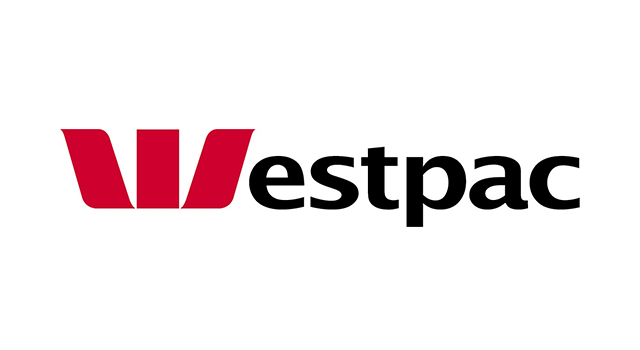 I have had a credit card with Westpac for over 10 years. I received a letter from them about my credit card and the details (including the balance) were visible in the plastic window of the envelope for all to see - local post office staff, postal delivery officer, my family! I am understandably very upset about this.

This is extremely sloppy administration on Westpac's part and should never have happened. Your respect for the privacy and confidentiality of your customers is so severely lacking that you do not deserve to be in business. I consider this a breach of your obligations. In light of the findings of the Royal Commission, I am not surprised about that.

Have you noticed lately regular direct debits are been taken 2 days early and then you are charged because the early direct debits put you into overdraft. Westpac say they have no control over the direct debits - WHAT! they have no control over who takes money and when they take it! Even if you deposit money the same day the overdraft fees apply! Their story is is the direct funds transfer (from your nominated Westpac account) always comes through after the direct debit & overdraft is paid. I thought transfer from a linked account was instant; obviously not if they stand a chance of gouging money from you. After over 20 years we have had a enough - time to move to a decent bank if there is such an animal.

26 years with Westpac , but they are a disgrace , take our money in return no service , managers rude and treat you like scum, but we are the people that pay their wages do they forget this.I was abused today in a branch and told to leave because they !!!! They could not perform the transaction thru inability of knowledge and this was a manager, I was threatened with security. But another branch had no problem in and out in 2 min.

Again we pay their wages can they remember this!!!!!

One teller? 25 minute wait. The poor elderly. You here their grumbles as they wait, but being elderly they won’t complain. Elderly with walking aids who can’t stand for long periods. Staff who don’t care,or if they do to worried for their jobs to say anything. Westpac is a disgusting appalling bank

26 years with Westpac only for a new manager to insult us and demoralise , a simple request for a trasaction statement could not be fulfilled , but for 2 years prior was all ok . So her response was get out of bank ,I will not serve you, unless you leave I will call security!!!!!! We are AAA customers . Thru embarrassment I left , why I don’t know as we are the people that pay her wages.

I went to another branch and within 2 min all was done. Let me tell you Leura branch is the one that is trouble new manager no ability , no personality, no customer relations ability. Westpac up your act treat your customers with respect , 26 years !!!! If it could be conducted at another branch with no issues who is at fault here, not rocket science!!!

I have about a hundred stories of my own drama with westpac over the 2.5year period we were with them... all of them bad. When I finally went in and closed the account to move to another bank, I heard another westpac customer complaining to staff about the same issues I had. Stay the hell away from westpac. Your wait times are a joke, the staff all say different things and you will do nothing but get angry. Longest wait time 2hrs 47mins for a general enquiry... and by then they tell me the person I would ahve to talk to has now gone home...well of course they have, look at the time now.

Life is to short to be with this bank.

Recommend TSB. 1 year with them and flawless service for the same BASIC stuff.

Every time im in the bank they tell me to remove my hat like im going to rob the place even though they know me now. Asked for a loan of $200 to help with my rent as i have just moved got told they dont help with rent as that would be irresponsible i explained really it was for moving costs as thats where my rent money went i was then made out to be a lier and told i cant have a loan cause i wouldnt be able to pay next weeks rent if i had to pay back the loan even though the loan repayment was $25 a week? Told them i could pay the $200 back in under 3 weeks easy he then brought up i was on a benifit told him i have a boarder and since then winz has been rang and i have been investigated for fraud which was a waste of ther time and the government's time as i am aloud a boarder living with me. All in all very rude conduct, spoken down to, investigation opened and then closed for miss information. Whats the point of having a bank if they cant even help with $200 maybe i should have said i want new shoes or something more important than rent. They are only interested in you if your there to get massive loans and pay massive intrest rates.. horrible bank with horrible policy's.

I have had two westpac credit card for 35 years.

I've never had a problem.

They work, I pay the bills, and sometimes they need to get replaced because of fraud.

Once overseas my wallet stolen and they had to get replaced and westpac couriered replacements.

It is OK as far as banks go.

Westpac has agreed to review its membership of business lobby groups, along with their positions on climate change and other policies, after being hit with a shareholder activist campaign in the lead-up to its annual general meeting.

Westpac is Australia’s oldest bank and company, one of four major banking organisations in Australia and one of the largest banks in New Zealand. We provide a broad range of banking and financial services in these markets, including consumer, business and institutional banking and wealth management services. We also have offices in key financial centres around the world including London, New York, Hong Kong and Singapore.

Westpac Banking Corporation is a Public Company that is ranked number 6 out of the top 2000 companies in Australia. The company generates the majority of its income from the National and Regional Commercial Banks in Australia industry.

In 2018 the company generated total revenue of $38,209,000,000 including sales and other revenue. In 2018 Westpac Banking Corporation had 35029 employees in Australia including employees from all subsidiaries under the company's control.

The purpose of this article is to articulate why I believe Westpac Banking Corp. (WBK) is an attractive investment option at its current market price. While I was correctly bearish on WBK this summer, its decline has once again put the stock at a level I find interesting. While I have favored American banks of late due to their strong dividend growth, WBK now yields over 7% despite a lack of similar growth, which is a level income-focused investors will surely like. Furthermore, the Royal Commission, which has been investigating financial misconduct by Australian banks, has wrapped up its public hearings. While the final report is not due until February and will likely make waves of negative headlines at that time, the finalizing of public hearings should provide a reprieve from constant, negative publicity. This could offer banking shares an opportunity to recover from their lows of the year. Finally, employment figures out of Australia remain strong, which should provide a backdrop for continued consumer spending and economic growth on the continent.