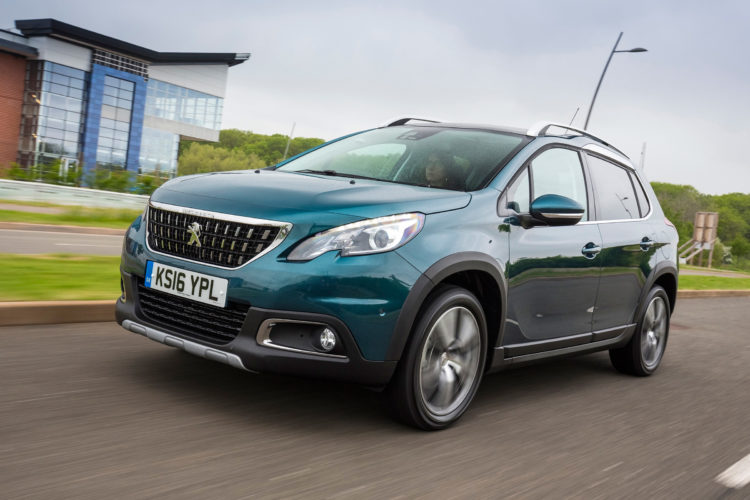 The 2008 Crossover may be the car you probably didn't know you needed, a different way of looking at compact, stylish family transport. On paper, the advantages it offers over a standard supermini in space, styling and potential driving flexibility are small. In practice though, they add up to a car that feels a far more rounded, more complete family tool - not as a primary runabout perhaps, but a perfect second vehicle.

Of course, this Peugeot was one of the later arrivals to the compact Crossover sector, following on from rivals that are mostly more overt and aggressively styled. A likely 2008 buyer will probably have already looked at these kinds of cars and shied away. Not everyone, after all, needs to make a supermarket carpark statement. In contrast, this design is arguably more sophisticated and certainly of higher perceived quality, especially from behind the wheel.

True, it could be sharper to drive and a little cheaper to buy, but neither issue is a deal-breaker. What matters is that Peugeot clearly understood here the kind of product this market segment needed. In this 2008, potential Nissan Juke, Vauxhall Mokka and Renault Captur customers got a more refined, sensible alternative. If you're ready for just that, then you need to try this car.

No four-wheel drive option here, which is to the benefit of economy, though if you need greater traction Peugeot offers a Grip Control system with mud and snow tyres, increased ride height and an advanced traction control system. Most, if not all, buyers won’t bother, as the 2008 sells on looks, space and equipment, all of which it does well. It’s less divisively styled than its key Nissan Juke rival too. While it's an okay drive, inexpensive running costs (think supermini-like along the lines of its relative, the Peugeot 208) make it a certain hit.

In the crossover segment, the 2008 is not the most obvious of choices, but it perhaps should be. It’s likeable with its perky engines, appealing but not over-the-top styling and it is well-equipped, too. It’s not without flaws, but if you’re looking to buy a small and well-priced crossover, the 2008 should be high on your list.

It's a go-anywhere, almost, it has 'grip control' for snow mud or sand and has greater ground clearance than the sedan 208. It's a type of super-economical diesel crossover with a 5 speed manual transmission.........not designed as a 'performance' vehicle.

I'm happy with the small steering wheel and the head-up display instruments.

There may be a slight compromise for 4/5 long legged individuals but the front ones are very supportive and sporty.

This is a small car with many attributes of a big car! The 'crossover' option fits into our rural lifestyle well - there aren't too many places you can't get in it, with good ground clearance too. Good on the Motorway too, although there are two blind spots. Reasonable cost servicing from Peugeot garage, also reasonable insurance. Would recommend thoroughally as a good country car which is easy to park in the town.

This is an absolutely fantastic car. Not sure I agree with the appraisal of the handbrake, it looks awesome and is actually a very clever design.

Really like the car, if my 308 is anything to go by superb quality and good to drive, also in the top 10 most reliable cars!!

Great car 🚗. Love the interior. Top of its class..

They used to make some beautiful cars before. I loved the 405. It was testament that boxy didn’t have to be dull. The 205 was cracking too. But then they made the 307 and 407.

Have had a manual 1.6 for 3 1/2 years. Have had many far more expensive cars including the usual Europeans. None have been better. No reliability or quality issues. Love the interior including the small steering wheel. It's even comfortable and quiet on long trips. Handles well and is very economical. Can't understand why they haven't sold as well as they should. They are very popular in Europe

The only transmission option for Australia is the 6 speed automatic. It's mated to the 1.2 turbo engine that has being doing service in the Peugeot 308 and overseas for a few years now. The engine has won one of the European "motor of the year" categories for multiple years. I decided on this car based on its earlier reviews and its size. I didn't want a huge SUV but simply some ground clearance for some dirt road wandering that sedans do not have these days. It's a brilliant long-legged highway cruiser and extremely comfortable. The engine and transmission combination is very good, anticipates conditions very well. The transmission made in conjunction with Aisin in Japan, I expect to be trouble-free. The car has both cruise control and a speed-limiter function which is a great and long-term function in all modern Peugeots. Don't understand why no other manufacturers use it. The car rides both smoothly with a loping gait on the open road that makes it seem like a much bigger (and well-handling) car. Since my purchase, I'm even happier with it. I suggest you take it for an extended run on some country roads to see just how good it is - city test-drives are fine but leave out is best points. I have the Allure model which comes with self-parking and collision avoidance. All models of the 2008 have a reversing camera (excellent) and Sat-Nav.

Fuel economy I expect to be very good, although I've done very few new Kms so far, so hard to judge just yet.

This mini - suv has a stylish exterior & interior(I have the 1.6 allure model) it holds the road very well and is a joy to drive.The cockpit is well laid out every thing in easy reach the only drawback is my wife finds the handbrake hard to release. The MPG is excellent returning 61mpg urban and 65 extra urban. The downside of this car is that the stop/start system has a mind of its own,when starting of from cold at the first stop the engine sometimes does not switch off and the auto head lights when parked usually take 25 seconds to switch off but at other times switch off immediately.

I love my car, it is the best one I have ever had and I have been driving over 40 years. It is very comfortable (I have a bad back) and I can drive long distances without to many problems. When driving longer distances performance is great and fuel economy, but I do mainly only drive short distances which is not good for the car. I do love driving my car it is so light and easy to manoeuvre and a really good size for all my needs.

Best small car That ever had get approximately 68.9mpg,Ido not drive it hard easy parking,controls all straightforward, the only thing I dislike there is CD player Very comfortable to drive, Fact a great small SUV.