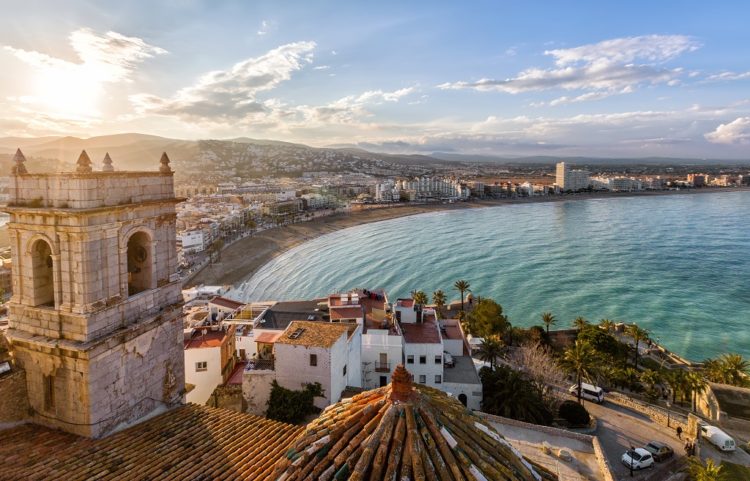 Valencia, the third largest city in Spain, is as yet undiscovered by so many. For those looking to immerse themselves in both the Spanish language and culture, then Valencia may just be the perfect Spanish city. Although there are clear signs within the city that the economic crisis hit Spain hard, a life led here can certainly be easy going, with plenty more advantages than negatives.

Generally, you can do things the easiest or the hardest way, and it´s exactly the same with apartment hunting. Timing is not the only factor which affects the process, but there are some times of the year when it´s better to know what’s going on in Valencia.

August. Basically – Valencia is pretty dead and boiling hot too! Valencians tend to leave the city for a month and spend their holidays in their summer houses. Some of the homeowners won’t be available as they might be chilling somewhere near the beach or in the mountains.

September. Valencia is one of the Europe´s top destinations for Erasmus and other exchange programme students, it hosts around 4,000 foreign students every year. Most of them arrive at the beginning of the term and despite the fact that the majority rent rooms in shared accommodation, there are exceptions who decide to search for apartments too.

You can walk almost everywhere but having a bicycle is handy too. Even though Valencia is on the coast, the beach is a 45-minute walk from the town center or 20-30 minutes by bus or metro, so you need to decide if you want to live right next to the sea, or if you want easy access to all the shops, bars and cultural things the city center offers.

Yes, the cost of living in Valencia of course does depend on what quality of life you are looking for but these are some numbers I think you might find useful:

– You can rent a 1 bedroom apartment for 500 Euros if you don’t mind being a bit further away from the center and the beach area of Cabanyal.

– You will pay probably at least 600 or 650 for that same 1 bedroom in one of the more popular areas such as Ruzafa or El Carmen, and prices are only going up at the moment.

– These rental prices are based on a 1 year contract. Short term rentals will be more expensive.

– The average Spaniard doesn’t make much more than 1000 – 1400 Euros per month (and some significantly less). Because of that, the cost of eating out (if you stay away from the touristy places) isn’t all that high. Supermarkets are also affordable and they have daily markets throughout the city offering great locally grown fruit & vegetables plus meat and fish at good prices.

So if it’s just the 2 of you (no kids) and you are happy with a 1 bedroom apartment for 600 Euros, then you can live comfortably earning 1000 Euros each. This will allow you to eat out at local, cheaper places regularly, have your typical Spanish breakfast in a cafe on the weekends…

But to be a bit more comfortable, maybe have a slightly nicer apartment, more money to travel around Spain and to eat out at some of the nicer restaurants (which still aren’t very expensive by the way), I would say 1500 Euros a month each.

I hope this helps!

I’ve been in Valencia for almost 8 months now and it’s great. But, I still can’t find employment. My main area of expertise is Customer Services (10 years which I gained in Dublin) My Spainish level is low, although I am learning! Finding it so difficult to get into my area of work here with little Spanish. Have you any suggestions? At this point, I’m open to do any type of work that doesn’t require much Spanish… Many thanks!!

Valencia is a popular tourist destination due to its position on the Mediterranean coast, its long stretch of sandy beach and its vibrant nightlife. Those staying longer though will find, beyond the usual trappings of a tourist town, a city where the modern combines effortlessly with the medieval. Layer upon layer of history, culture and cuisine are the rewards for those choosing a life in Valencia.

The Romans, Vandals, Visigoths, Moors and Christians have all at various times been seduced by the charms of Valencia and all set up major settlements in the city – an important trading port in the Mediterranean. The various inhabitants left behind an impressive architectural legacy that has been wonderfully preserved in churches, trading houses and fortifications that form a counterpoint to modern works like the City of Arts and Science or Norman Foster’s Palau de congres.

The city is relatively compact so choosing where to live won’t be too much of a headache. Though Spanish property prices crashed severely after the global financial crisis, prices are still buoyant in the expat-heavy neighbourhoods of Canovas and Avenida de Francia. L’Eliana, Puçol and Betera are villages outside the city with good public transport links and which are also popular with expats.

The Valencian climate is much warmer than that of London with average summer highs approaching 30 °C and winter lows rarely dipping below 5 °C at night. You’ll experience almost twice as much sunshine in Valencia than in London and you’ll also endure about 25% less rain, most of which is confined to the period between September and December.

Culturally, Valencia punches well above its weight for a mid-sized city. Alongside the gothic architectural gems of the Cathedral, the Silk Exchange (La Llotja de la Seda) and the Torres de Serranos you’ll find breathtaking modern masterpieces designed by Calatrava and Candela at the Ciutat de les Arts i les Ciències (City of Arts and Science) complex in the heart of the city.

I guess you are moving to Valencia for work reasons? Depending on where you or/and your husband work, you may want to live close by to avoid long commutes.

Valencia has a good subway system that links most areas of the city and of the outskirts. If you follow the lines, there are areas to the north, south and west of the city that are affordable, with nearby public and private schools, very safe, easy to reach by car as well, but not in the city itself if you are looking to be in the city centre. The summer, from June to early September, can get quite hot, usual Mediterranean weather patterns. The usual day is 30-35 C with high humidity, so make sure that your flat or house has a cool air system (most do). A few days during the summer the heat can go up an extra notch. The city beach and all the coast in the region is a popular destination at this time of the year.

The city has many amazing pros and a few cons, although obviously many things depend on your personal preferences and opinions. Unemployment is quite high and it's difficult to find a job in industry or in general, apart from tourists not a lot of 'international action' happens here, but since you are moving I'm guessing you have that covered. That means that the city is sometimes not as cosmopolitan as one could wish, and also means that a lot is still quite original out of the coast touristic resorts.

The region has "Valencian", a variant of Catalan, as an official language, and that means that in primary and secondary schools about one third of the weekly hours of teaching are done in Valencian. This can vary, but you get the gist of it. Some people say it's a waste of time and the kids could use more English or Spanish, others say kids improve their overall performance when learning more languages and anyway it's Valencia's heritage and we need to preserve it. Whatever your opinion, the reality is that unless you send your child to a private school, she/he will get a couple subjects in Valencian, which won't be a problem at all for you child as you will see if you have the chance to experience it.

Valencia is a very touristic city, I am quite sure that you can get a job there, and the payscale is not THAT different from Barcelona, but cost of living (especially accomodation) is dramatically lower (you can find a nice flat in Valencia with two bedrooms for c.EUR500-600/month while in Barcelona that makes it just for a studio).

I don't know much about teaching English, but if you are native speaker I'm almost certain that you can find some clientes, either by your own or joining an English academy part-time. I am from Valencia and I have earned by teaching math and economics to high-school students while I was at college, and my sister used to teach English at her place while she was studying as well.

I may have a bias since I am from Valencia (although I currently live in Madrid), but I think that in Valencia you should be just fine with your CV, with less hastle than in Barcelona.

If you need any specific info if you finally decide going to Valencia, feel free to send me a PM and I will help you if I can.

Hi. I've been living in Valencia for 5 years, and still can't find a pub with draught ale. There is Gordon 10 with 100 beers and ales, but they are botteled. Portland had 3 varieties of american ale, produced localy, but it seems that they abandoned this project.

Valencia is a nice city regarding crime. But avoid "La Coma" neighbourhood as well as "Nazaret", for example. Those are the most conflictive areas of the city.

Valencia is one of those cities with history on every corner – especially if you live in the city centre. It’s the magic of the narrow cobblestone streets, and buildings with hundreds of stories. It’s the squares that come alive at night, and the mysterious churches that are a fantastic sight to see. And let’s not forget to mention everything you get to learn in Valencia’s museums – the city comes with a spectacular history and it’s waiting for you to explore it.

I am currently living in Valencia myself and I think the quality of life here, especially for expats and digital nomads, is great.

Valencia is a very nice city to live with kids (beach, parks, many outdoor activities..) and there are several international schools that many expats use. I don’t know how cheap they are though… Some other expats I know have chosen to put their children in a Spanish school where they now also learn English from a young age.

But, since I don’t have kids myself I can’t give you all the details. So I recommend joining the Facebook group ‘Expats in Valencia’. Ask your question there as there are many expats with children in that group.

I hope this helps and I am sure you will love Valencia! 🙂