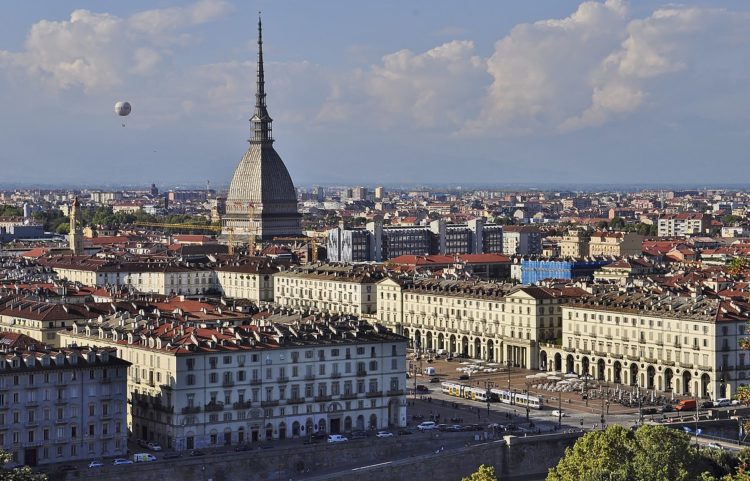 Although I live in Milan, I know Turin fairly well (even worked there for a while), and as far as I'm concerend I would choose Turin over Milan without the slightest hesitation. Turin has much more character, the real feel of a capital city (which it was), lots of cultural activities, the food is tops, and it is near the mountains -- what else could you wish? In terms of practicalities -- shopping, transport, etc. -- it is on a par with Milan, but prices in general (incl real estate) are a litlle cheaper.

I was born i Turin, grew here, and currently living here.

Turinese (not all anyway ...) are a bit suspicious, and that maybe misleading.

We have a somewhat military attitude (work, obey, follow authority...), and a strong understatement, so the first times we appear superb.

today, in city center or on the Po river shores something was changed.

but I am too "old" and busy to enjoy and have some experience to share.

I was born in Turin and live just outside the town.

The people here is the same as in every large town: suspicious at first to become friendly as soon as they find out who they are dealing with.

We usually like foreign people and are quite curious about their habits, although we may believe too much to what we learned from TV shows…

Driving in Turin is not so bad even in rush hours and you will find it much easier than driving in Milan: due to the roman origins of the town we have large straight avenues.

One of my friend, an American woman, who lived in Turin for a few years found it very pleasant. I hope you will have the same nice experience.

I have lived in turin for over 10 years and time has really just flied. I moved from New York!!! to work in Turin.

I would say the main advantage of Turin is the lower cost of living (real estate especially renting or buying). You are very close to aosta and val di susa for skiing and near to Liguria for the seaside.

Milan is better served with regard to airports and railroad. It is also a more cosmopolitan and international city. Turin is a more provincial and calm. I guess the difference would be moving from Manhattan to Atlanta or Boston.

One advice: before renting a place, get advice from a local on it. ESPECIALLY if it’s marketed to students.

Quite often you’ll find that it was being rented at a robbery tier price compared to other places in the same area.

They’re safe during daytime (as long as you keep attention to your wallet), but not so much at night.

And last but not least, be prepared for pretty rigid cold in the winter and especially be prepared for scorching heat and extreme humidity in the summer. Just because it’s Northern Italy it doesn’t mean it’s nice and cool all year long… unfortunately.

If your are not a native speaker, try to learn Italian. Your life will be easier if you are able to converse with the locals. Then try to find a place to live in the city center or close to it. You will be able to explore the city by walk. Everything is reachable by walk or by public transport which is quite cheap and efficient. Wandering in the city and discovering the best spots (squares, parks, museums, restaurants, bars…) is the best thing to do in this city.

Ad Daniele wrote, Torino is a welcoming town, just try not to go to Porta palazzo (Piazza della repubblica) or Barriera di Milano when it's dark. I would suggest you to travel with public transport. The annual fee is quite low and (despite almost everyone from Turin) the public transport are well functioning. Turin is one of the very few places in Italy where you can go anywhere and (almost) anytime with public transport. So learn how to travel that way and buy a monthly/annual ticket.

Turin is a well-known industrial hub in Italy. However, a move to Turin can offer a lot more than just work opportunities. Our article on moving to Turin has just the information you need on housing and accommodation, climate and more for expats and their families.

While Turin may have been seen as a rather drab industrial city in the past, it is swiftly becoming a favored destination for expats from around the world. Turin is known as the Automobile Capital of Italy, and car maker Fiat's headquarters is a landmark building, with a spectacular racing course roof construction. Other companies that attract international expatriates include Superga, Martini, Kappa, and the creators of Nutella, Ferrero.

Turin is located in the north of Italy, within easy reach of the Alps, and is a favored destination for tourists. The city is renowned for its rich culture and history, and its varied architecture from all eras. The Egyptian Museum of Turin is home to one of the world’s largest collections of Egyptian artefacts outside of Egypt. Social life in Turin is lively, with many bars and cafes in the downtown area of the city attracting locals and expatriates alike.

Due to the location of the city, the climate in Turin is more continental than Mediterranean. This brings slightly cooler weather than on the coast of Italy, but also less rain. During winter and autumn, fog often forms in the plains, but this is less frequent in the city.

Turin is one of the major Italian universities, as well as being the cultural and scientific center of northern Italy. It’s the country's fourth-largest city in terms of population and the third-largest in terms of its economy. It is also the capital of its homonymous province and of the Piedmont region.

Turin is a historic city and has monuments of unique beauty which contribute greatly to the architectural heritage of Italy.

Elegant palaces, spacious squares, historic monuments, grand historic cafés with marble tables and gilt-framed mirrors, excellent restaurants serving delicious local dishes… This is Turin, capital of the northern Italian region Piedmont. It might not have the international reputation of Rome, Florence or Venice but the number of visitors flocking to the city is increasing steadily every year and I’m not surprised. The city is a great place to live and here’s just a few reasons why I think so…

I loved Turin but it depends entirely on what you're looking for and what your tastes are like. For instance, I was looking for a laidback city (after the hustle and bustle of Rome or Paris). I wanted something less populated and more relaxing. I loved the plazas of Turin. Every corner had a big open plaza, and at one of them, the local Symphony was playing a free concert. I only stayed for 2 days and I wished I could have stayed longer.

Was in Turin for work. I was able to see the Shroud and walk around to just get a feel for the city. While beautiful, it is not comparable to Rome or other bigger cities.

I moved in Turin 4 years ago. I really like the city, but the best advice I feel to give is to wisely choice the place you are going to live. It is quite easy in Turin to be in a nice place and to travel in a bad one just turning on different a street. Moreover the traffic in Turin is quite nervous and there is a bit of road rage, so, if you can, try to find a place where you need the car as less as possible. Depending on the points of interest you mostly need (work, hangout, etc..) you can decide also to live in the cities near Turin (like Collegno, Grugliasco, San Mauro Torinese, etc..).

The last advice is to bring your camera if you like photography because you can get really good shots in Turin.

Torino is actually a very nice and calm town, so there are no particuliar advices. All I can say is to avoid living or wandering by night nearby Porta Palazzo and Barriera di Milano, those areas are not very… let’s say welcoming. Something else pretty useful would be, if interested, remaining updated about the events that often take place in the city.