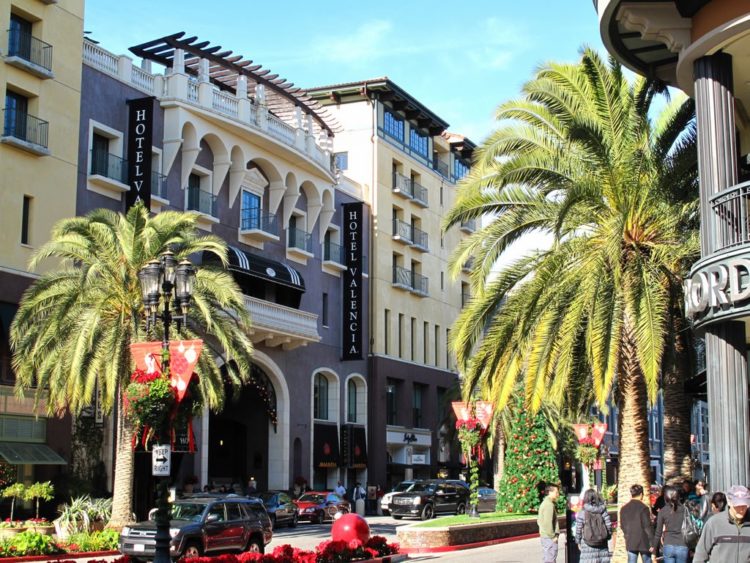 Some areas of San Jose are very poor. I think that the rate of homeless people have gone up tremendously. You see a lot of homeless people living by the freeway or near by the creeks. Housing is terrible. Nobody can afford housing in San Jose unless you're single/married engineers with no kids. Renting an apartment will require you to have a roommate. Or if you can afford an apartment, you will have to find it in the ghetto side. Commute time is ridiculous. I work 10 miles away, and yet it can take 40 min- 1+ hours, depending on the time you leave your house.

As someone living in San Jose for the past 10 years, my advice is Don't. The traffic is nightmarish, the housing is way overpriced (at one point, I was paying $1600/mo for a single bedroom and that's a good deal; now, I'm paying almost $1000/mo for a house with 3 roommates, all of us professionals). I don't see how people can plan for the future here. I don't see why people move here and companies choose to start here but that's another topic.

That said, if you're set on moving here, the places to avoid are East San Jose (East of 101 and around 680). It's historically had bad game activity. There are strip malls in most neighborhoods if not reachable by bike. Don't plan to use public transport except maybe Caltrain to get into San Francisco. The VTA system is a joke for 90% of use cases. Neighborhoods that are pretty good without being outrageous would be South San Jose, Milpitas, Sunnyvale/Santa Clara, Cupertino, and some parts of Campbell/Willow Glen.

I've lived in San Jose for most of my life and it's easy to say that it has come to be a place that I adore. There's tons to do, in what seems to me be now, a small area. Nothing in comparison to what the Bay Area's main city has to offer (San Francisco), but it equally has its own unique shops and attractions. Along with that, it's not that far from sister cities, so if you run out of things to do, the commute to a close city isn't much of a hassle. If there was anything I would want to change, although due to recent renovations seems impossible, it would be a more affordable way of living. Things are getting pricer and harder for families to keep on top of. Houses can get crowded! Along with that, the safety presented around the city should be amped up as well.

I'm not sure what you mean by not too far from the beach. Most central neighborhoods would be lgbt friendly, like downtown, the Alameda, Japantown etc, but I think your best bet would be the Alameda.

You'd still have to drive over the hill to get to Santa Cruz and the beach.

Nicknamed the capital of Silicon Valley, San Jose is a diverse area with an innovative spirit. While it has a distinct downtown, San Jose is a sprawling metro area that is as much defined by its suburban neighborhoods and large tech campuses as it is by the high-rises in its business district. San Jose's proximity to other tech headquarters in Silicon Valley, including Google in Mountain View and Apple in Cupertino, cements San Jose's position in the tech hub. But the metro area also retains its character with quirky attractions like the 160-room, maze-like Winchester Mystery House; a 120-acre flea market complete with ponies; and a larger-than-life Monopoly board.

Cradled by the foothills of the Santa Cruz Mountains and Diablo Range, San Jose offers a prime environment for outdoorsy residents, with its proximity to the ocean, the Sierra Nevada and the vineyards – not to mention about 300 sunny days a year.

When I moved to San Jose, I have to admit, I was slightly worried. It’s a big city.

However, I should not have been worried!

I absolutely adore living in San Jose. The Central YMCA’s outstanding. The Rose Garden is beautiful. The sushi options are outstanding, as is the local Dim Sum.

And, best of all, my commute’s virtually non-existent now. By the time I realize I’m driving to work, I’m already there.

I grew up in San Jose. It's changed a lot in the last 20-30 years. The downtown has been completely rebuilt, if you came back after 30 years you wouldn't recognize it! San Jose is sprawled over a huge area. When we moved here it was mostly prune orchards but they've all been filled in with tract homes. So most of the city is new, and it has no character, it's like tract homes and little strip malls everywhere.

They have spiders like anywhere else. I hear there are some black widows, but I've never heard of anyone dying from a bite. We used to see lizards but these days I'd guess they'd be on the edge of town. There are a lot of trees, so a lot of birds.

Earthquakes are not really a big problem. Most are too small to feel. You might feel one maybe once a year. Earthquakes that do damage happen maybe every 20-30 years, and then it's not nearly as much damage as tornadoes do in Oklahoma or hurricanes on the Gulf Coast.

The weather is like 80 degrees all Summer. Between about November and about February is the 'rainy season', meaning the sky gets dark and it drizzles all day. Good hard rains are rare. Thunder and lightning hardly ever.

San Jose is missing the 'character' that great cities have, like San Francisco, Chicago, Boston, etc. In a lot of ways it's like a smaller version of Los Angeles, miles and miles of miles and miles. But there is enough to see and do, the climate is pretty good (actually the weather gets boring!) There's a lot of diversity so good ethnic restaurants and shops. Public transportation totally sucks.

And one of the nice things about Northern California is geographical diversity. On any given weekend you can go off to scenic coastline, alpine mountains, redwood forest, stark desert, the Wine Country, the Gold Country, and then there's Yosemite.

There's the great beach town of Santa Cruz just over the hill, about 25 mi. away. There's Fry's Electronics (I don't know how people in the rest of the country live without Fry's Electronics!) Excellent Mexican food. And of course some great cities nearby, like San Francisco, Oakland, Berkeley, etc.

The San Francisco Bay Area is 7 million people. It seems a lot smaller because it has more permanent open space than any area its size in the world. The problem is that San Jose itself is very large and spread out, so you have to drive 30-45 min. on the freeway in any direction to get out of it.

I've lived around Northern California and in Chicago and its suburbs. My goal was always to get back to the San Jose area. The societal climate and weather climate can't be beat. There's a wealth of things to do--especially if you love music, museums, hiking, and biking year round. It costs more to live here, but a million residents call it home.

I grew up in San Jose. More specifically Cambrian Park (south-west). I graduated from Gilroy High School (moved to Gilroy in Jr Year). I lived in the greater San Jose metro area from 1966 - 2003. (with only a couple of exceptions).

Jobs are abundant. It is the heart of Silicon Valley.

Land prices are sky high BUT the average cost of living, not including housing, is only slightly higher than the average. The average income is one of the highest in the US so you might pay a lot for your house, but everything else is relatively cheap.

Crime. San Jose has had consistently the lowest crime rate for any large city in America.

San Jose is a giant suburb. Downtown is small. It is sprawling housing tracts, broken only by commercial areas. Even the industrial area is relatively small and quite clean, since the main industry is high tech.

I had a wonderful childhood and adult life there. I only moved away due to financial problems and my wife is from the Pacific North-west where I now reside.

l currently live in san jose. own a home here in the city. and have lived in santa clara county since 2001. so i'm definitely a person to listen to if you're thinking about moving here. ok - so the negatives are the traffic and the crime. and the cost of living. although san jose is safer than oakland and san francisco, cars get stolen here and every year it gets worse. the positives are lots of jobs, amazing weather, and so much to do. so as you can see, the positives equal the negatives. i have to say it's a great city. and santa clara county is the richest county in the country now due to the amazing wealth created by tech. if you work in tech, by all means come here. this place is a software engineer's dream. ironically we are moving to a quieter state because we have a 3 year old who will soon be starting school - but we won't sell - we will rent our house in case we decide to come back someday. anyhow - if you can handle the intense traffic and fast paced lifestyle, san jose is a great city.

San Jose is an absolutely beautiful, diverse, and peaceful place to reside! The food and the people are great and the whole vibe and aura is like no other place. Our communities unite when necessary and serve as a support system for each other. It is definitely a warm and welcoming place that I wouldn't change for the world. Any person would be fortunate to live in such an amazing city. We also have many other wonderful cities in our outskirts for tourists and simply just to enjoy a day out in the town. If you love meeting people and learning about various cultures, this is the place for you!

I feel lucky to live in San Jose. It’s very diverse and there is always something to do. So many festivals and activities in the area. We have the best weather for outdoor fun too. We have the beach 30 min away, or mountains for camping and hiking in the redwoods, and snow just a few hours away, along with tourist attractions closeby. Only downside is cost of living is high here. You pay for what you get though!

Most of San Jose meets that criteria. Pick a neighborhood near work and go from there. If you're a big surfer and need to be less than an hour from the beach, maybe consider moving closer to SF instead. San Jose has a mountain range between it and the ocean. San Jose is pretty low key, too. It's all gay friendly, but if you want a fabulous gayborhood, again, maybe consider SF instead.

I see surfers, windsurfers, kitesurfers, and guys messing around on their boogie boards out on the San Mateo County and Santa Cruz coast all the time. I've seen a lot of sea kayaking and rowing around Santa Cruz too. There's a lot of fun stuff to do and lots of little cove and cliff side beaches to explore from Santa Cruz up past Half Moon Bay although the area from Half Moon Bay to Pacifica can get crowded if you visit at the wrong times. And while it can be cold and the water is always cold even when it's hot the weather's not usually as bad as people make it out to be most of the time.

I enjoy the coast quite a lot in the Bay Area.