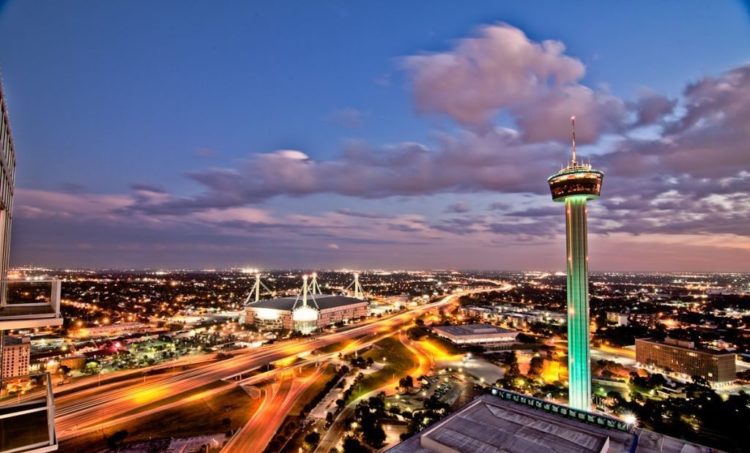 San Antonio is home to plenty of parks and walking/jogging trails. As a result, it makes physical activity affordable and accessible. Eisenhower Park is one of the most popular and largest parks of the city, with plenty of space to relax or picnic, but also sports hiking trails for those looking for a challenge. This popular area fills up quickly on weekends and holidays.

If you can't make it to Eisenhower Park, don't worry. The city announced in 2016 that it would continue to dedicate funding towards green spaces and parks, securing 200+ acres for future open spaces.

I moved to San Antonio 5 1/2 years ago. I Loved it the first couple of years. I still love the diversity, the riverwalk, El Mercado and market square, but The heat from the end of may till mid october is pretty unbearable. The ac can barely keep up. Also, people are moving here by the thousands each year, and by 2040, the estimated population is said to increase by an additional 1 million people! Traffic has gotten worse by the year, and we are running out of room to expand the highways. Also, rent in San Antonio is the highest of any city in Texas, it even made the news, and noone can explain why. I was paying literally half of my monthly income for a so-so apartment and utilities. So, if you plan on moving here, buy a home if you can, don’t rent. Good luck.

We actually have a fairly large Indian community living in and around the Medical center. There are several Indian restaurants and grocery stores. The Medical center/USAA/UTSA area of town in the northwest quadrant of the city is the most ethnically diverse and draws people from India, Pakistan, Japan, Korea, China, several countries in Africa, South America and Europe. My daughter went to Clark High School and had friends from all over the world.

San Antonio is a big city, but a small metropolitan area. Which is to say, the real sprawl isn't anything like Dallas or Houston. I don't like the commute but I do like the no-toll-roads!

I moved to San Antonio from California in '94, from an area almost as diverse as they come. I had no problems fitting in, but then again, I do have a Hispanic background. I've never witnessed any discrimination to anyone there with minor exceptions to one racist.

One of things that took me getting used to, the heat... so unbearable, 110 during summer with 97% humidity (I'm not sure how far off Hawaii is, but I'm guessing at least you get a good breeze going). Another was having to stay out of certain areas...

The food is amazing, downtown river walk is amazing, the people are great, the cost of living is great. I don't think you'll regret the move.

I’m a military brat, and in my opinion San Antonio is very diverse. Lots of different people, foods, music, etc. I think anyone who is not an asshole is welcomed, regardless of race. Of course there are idiots everywhere, don’t let it sour your opinion of the whole city if you stumble upon one.

You would think that a city the size and age of SATX would have lots of loft apartments, but I can't think of a single one. Downtown is a schizophrenic neighborhood. Riverwalk is very safe, but go up the stairs to the main street level, and it can get a little scary. Lots of homeless illegal immigrants. Not bad during business hours, but gets worse late in the evening. Police are very aggressive about keeping them away from the tourists on the river, but let them hang out at the bus stops. The Brady Green free clinic on the west side attracts a number of undesireables, as do the railyards on the east side. I would stay within the area bounded by the expressways. You might consider the King William district to the immediate south of downtown. It is the only area that has embraced "urban renewal".

San Antonio is on the rise. It has so much to offer. From affordable housing and rent, to Hill Country getaways, and traditions like Fiesta that bring the city together in celebration. This Texas city just may be the perfect destination for your next move!

San Antonio's history as the site of five Spanish Catholic missions is palpable throughout the region, with sites like the Alamo and San Antonio Missions National Historical Park (Texas' first UNESCO World Heritage Site) harkening to times gone by.

But that doesn't mean the region is stuck in the past. Two of the most recent areas of significant revitalization include the Quarry Market and the Pearl Brewery. Originally the Alamo Cement Factory, the Quarry Market offers boutique shopping and trendy residences surrounding the original smokestacks. The Pearl Brewery is now home to The Culinary Institute of America and an impressive weekend farmers market.

With such amenable weather year-round, residents often take day trips to local Hill Country destinations, passing the time at weekend fairs in Wimberley, winery tours in Fredericksburg and tubing on the Guadalupe River in New Braunfels.

People are nice (Really, I walk a lot, and at least once a year someone stops and asks me if I need a ride. This never happened in 50 years of living in Washington state). Teenage boys, walk up to me on a tennis court offer to shake my hand and introduce themselves.

Winters are lovely. I play tennis, so I play outdoors all Winter long.

Great thunderstorms. This could be good or bad. Personally I like storms so I’ll say it is a plus.

Summers are hot. And Spring and fall. And sometimes Winter.

Texans are not good at driving in Rush hour traffic.

The city of San Antonio, Texas seems to be tailor-made for families with children, as it contains some of the most exciting and educational attractions in the Lone Star State.