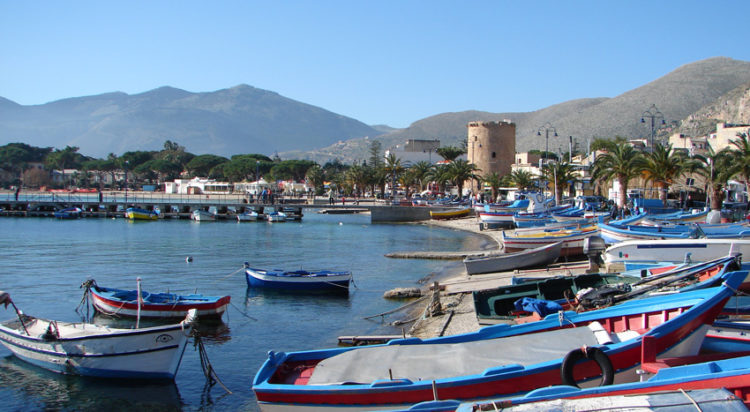 Palermo is crowded af, dirty and kinda rough. The traffic is insane, too. Sicily is a true paradise otherwise, though.

Be real, be polite, learn Italian well, don’t expect a version of America. It’s closer to Africa than it is to America–culturally and geographically. Learn to keep very quiet when appropriate. Never, ever betray a confidence. Be willing to accept appalling institutional dysfunction.

Remember that it is an island, in every sense. Being such, there are social/cultural norms which may remain hidden forever, including from themselves.

I lived in Palermo as an Erasmus student so my experience maybe totally different from other people moving there. But to sum up some salient features to help you get through your initial days:

learn Italian if you haven’t already, not a lot of people speak English, especially in shops and restaurants. It will go a long way to find lady love if that’s what you are looking in to.

Carry cash for purchases, in Palermo it’s almost non-existent to use card payments except for some supermarkets like Lidl, Carfour.

The food will definitely get you into a coma, so be prepared to consume all the pasta and pizza, and for a fraction of the price in other parts of Italy.

The people are extremely friendly, sometimes more than you would expect, so you’re social life is sorted unless you just coddle in your room the whole time.

Places where you would find people most nights hanging out- Piazza S. Anna, Teatro Massimo, Vucciria ( if it’s still open), Via Roma, Via Macquina, Piazza Dominica (during the day)

There are so many places in and around Palermo like Mondello, Monte Pelligrino, Capo Gallo that are extremely scenic and will make your day.

Finally, Sicily is the most different place in Italy and Europe so if you want to learn about culture, it is the best place to learn about all the amazing cultures around the world since it was a hub for cultures to stop by, live for a while and then migrate.

Get a bicycle and enjoy the beautiful sicilian countryside!

And don’t be afraid of the traffic. Yes, traffic is heavy and drivers seem to be kids playing Need for Speed or another arcade racing game, but once you are out of the city and off the major roads it’s just an adorable, quiet ride through beautiful countryside and picturesque villages that’s really worth the effort of some uphill!

Palermo is rich in history, and offers much, but it can be gritty, dirty, noisy, and congested, and presents with the usual politics and crime.

As with any international relocation, moving to Palermo may not be without its challenges. Finding an apartment to rent and figuring out the logistics of shipping your possessions to the city will likely be among your biggest challenges. Learning a little Italian could certainly help you in these matters, and may also make it easier to socialize and meet others once you arrive and join the ranks of expats living in Palermo. Palermo's international airport is around 20 miles from the center of the city, although buses and taxis run frequently between the two. If you need assistance during your move, check out the InterNations platform. Our forums and discussion groups allow our numerous expatriate members to discuss a wide range of issues related to international relocation, life abroad and countless other topics, and as such, they often contain plenty of good advice for those looking to move abroad.

If you are a non-EU citizen, you will need an Italian work visa before you can start working in Palermo, or indeed anywhere in Italy. The Italian government maintains a quote system of foreign work visas, with only a certain amount of foreign workers allowed in per year. You will likely need an Italian company to sponsor you in your visa application, meaning that you should definitely look for work in Palermo before relocating to the area permanently. The Sicilian job market can be a little slow from time to time, meaning that you may need to exercise some patience to get a position with a good salary. You might find it useful to check out InterNations’ Expat Magazine, which features – next to useful articles on general expatriation topics such as working abroad and cross-cultural communication – also content written by our own members who can offer stories and information based on their own experiences of finding work and living in a foreign town or city.

Palermo is small enough to explore on foot, meaning you can take plenty of detours to duck down sidestreets and take a closer look at curiosities you pass on the way. There are no shortage of quirky sights in Palermo, for example the firefighters' headquarters, a striking example of fascist-era art deco design tucked in amongst ancient buildings. Make sure you take the hike (or the bus, for a more relaxed journey) to the Sanctuary of Santa Rosilia, a church and convent carved into a cave at the top of a hill.

It is a wonderful city and Sicily is beautiful. Have you ever driven and/or parked in Palermo? It is a nighmare. They do have great public transportation though.

Palermo may not be the largest city in Italy, but it is one of the most beautiful ones. It is located in Sicily, and the city is famous for its history, culture, gastronomy, and architecture. Believe it or not, but the city of Palermo is over 2,700 years old. Before it became the part of the Roman Empire, Palermo was occupied by Carthage, while Byzantine Empire took power later on. The population of the Palermo urban area is slightly under 900,000, and the main language spoken here is Italian. Numerous tourists love visiting Palermo for its Mediterranean weather and cuisine, which is popular across the world. Also, the architecture is special with buildings done in Romanesque, Gothic and Baroque style. Roman Catholicism is an essential part of the culture in Palermo as well. Read more about Palermo.

I left Palermo just 3 days ago and I miss it so much. One of my favourite cities in Italy!