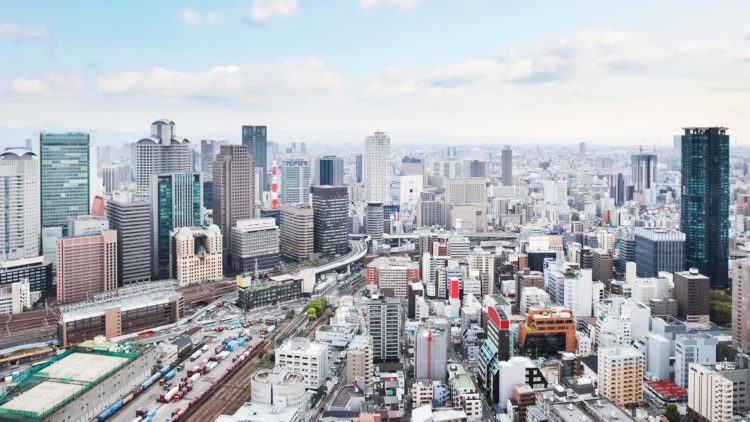 IMO, Osaka is vastly overrated here. It was incredibly dirty and there are throngs of chinese tourists everywhere. Nothing unique that I feel you can't already find in Tokyo. First night I got there, I passed by someone pissing into a bush and I feel that sums up my stay there. Kansai airport is also the worst airport i've ever been to. For me, it was the opposite of everything I liked about Tokyo so I'm skipping it next time.

Expats moving to Osaka will find themselves in a bustling city, alive with possibility and activity.

Stretching along Osaka Bay, Osaka prefecture lies in the heart of the Kansai area, with its borders flowing into neighbouring Hyogo, Kyoto, Nara and Wakayama. The greater Osaka area, which also includes Kobe and Kyoto, is the second largest in Japan by population and one of the country's most important economic centres.

As Japan’s primary area of business and commerce until the 20th century, Osaka and its port, Naniwa, connected Japan with other countries, such as Korea and China, and exposed the city to the impulses of the world.

As one might expect, the main demographic of Osaka is Japanese. The foreign community is made up predominantly of Koreans and Chinese, but there is a noticeable international community of English teachers and businessmen from foreign companies that have offices in Japan. It's not hard to find English speakers in the center of the city upon moving to Osaka.

People from Osaka are known for being some of the most forthright and boisterous in Japan. They love their food and drink and the local Osaka dialect is colorful and expressive, something that has made the area famous for producing popular comedians. At times in contrast to other parts of Japan, especially neighboring Kyoto, people can seem more casual and relaxed in their attitudes.

Osaka has four distinct seasons, five if you include the rainy season in spring. Temperatures in winter are mild and dry and the city rarely sees any snow.

Japan likes to celebrate each season with festivals and different kinds of food, so you can expect to be outside enjoying life with the locals no matter what the weather.

There is another int'l school within the Osaka city limits, which is the Osaka YMCA International School. It is located at Bentencho station, which is on both the JR Loop Line and the green Chuo subway line. It is run by the YMCA (obviously), and is much newer and much smaller than OIS. It was started about 7 years ago, and has around 100 students from pre-school to Grade 8. Their website is: www.oyis.org.

Osaka is a pretty developed area and no special preparation would be necessary except that you may want to buy a pre-paid smart phone valid for a few weeks until you get your own can get connected to internet via 4G. There may not be enough free Wifi spots.

If you get lost, don’t hesitate to ask for help. An information counter will be very helpful. You may want to check public transportation to your final destination, since a taxi may be very expensive. Osaka is a large city and your destination may be very far from the airport.

Kansai airport (Kanku) is a long way from downtown Osaka. Find out where your hotel is and take a limousine bus or take the Nankai train which goes to downtown Namba (and connect to the subway) , or the JR which goes to Tennoji and then connects to the Osaka loop line, Umeda etc. Osaka is easy to get around as there are signposts in English and you can usually ask directions.

I was looking for work, yoga places, and social events. It was so easy to get around with the train and subway so I got to see A LOT in the twenty days I was there. It was a ten minute walk to the train or subway station and there were rapid lines to Kyoto or Osaka. I traveled a lot! I couldn't rent a bike in Takatsuki but had many long walks and good meals in the city center.

I lived in Osaka for a year and didn't look for a job until I got there. The first three jobs I applied for, I got. Just make sure you have enough money to survive while you are looking for a job. Make sure you frequent places like Shinsaibashi, Nanba and Umeda. Oh and bring a neck brace, you will snap your neck so fast looking at all the women. Enjoy!

There are a couple of dive shops in the area that have english-speaking staff. I think this website is a helpful starting point: Kansai Diving. I actually met the owner of Mako Dive on a recent trip to the Philippines and can confirm that he speaks pretty good English.

As for the local diving, my understanding is that the closest decent diving is in the Wakayama peninsula about 3 hours by train/car from Osaka (3:30 from Rokko Island). Because it's bathed by the same Kuro current that flows through the Phillipines and Okinawa, water temperatures get up to 28, 29C in the summer and never really fall below 16-17C. So you get some coral reefs, etc.

However, given that it's a 3:30 hour drive to get there, and given that the costs for boat diving are pretty high, it's certainly also worth looking into Okinawa for diving getaways. Flights from Osaka to Naha can be had quite cheaply now with the new discount airlines and are only 2 hours long.

Once you're in Okinawa, Japan-diver can take good care of you. I've dived with his shop (Reef Encounters) before and had a good time. You could also head across to the Kerema islands (there's a few dive shops with English-speaking staff on Zamamijima and Akajima) -- they tend to dive the same sites as the boats out from the main island of Okinawa, at similar prices, but the advantage is shorter boat rides and nice relaxing island-villages for more of a tropical vacation feel (I didn't find Naha and Chatan, where Reef Encounters is based out of) to be particularly nice areas, though I understand the northern part of Okinawa island is less urban/developed.

Either way, I think you'll find the diving available in Japan and the surrounding areas very nice!

Feel free to send me a PM if you want more details. I actually live very close to Rokko Island.

I've only been living in Osaka for about 9 months, but lived in Japan 4 years.

Osaka has a completely different feel and culture than Tokyo. I enjoyed Osaka much more, and I am staying there for a week starting the 12th.

I would almost compare it (using native Californian speak) to the difference between a downtown LA (which can have awesome venues) to a Santa Monica (similar, but nicer feeling).

Food by itself makes Osaka a treat. Visit the Dotonburi

I really loved Osaka and spent 2 nights there myself, however, you're missing out on Kyoto and Nara as well so it might not be worth the difference. There are plenty of day trips you can do from Tokyo and it's easy to spend a week there and still feel like its not enough.

My thoughts are that by saving $500 maybe you can save it for a trip in the future where you can visit all of the Kansai region and just dedicate this trip to the Tokyo area.

I loved Osaka and stayed there for a week but if you're going for just 7 days and it's your first time in Japan, I'd probably just stick to Tokyo and it's surroundings and go to Osaka on a second trip!

I love Osaka. It feels like what Japan should be. That said, I agree with the other guy in this thread that said there were a TON of chinese visitors.

I spent 6 months in Osaka when I was younger. May be biased but it's by far my favourite place in Japan. It doesn't have so many sights like other more travelled to places like Tokyo, Kyoto or Hiroshima, but the city itself is fantastic. The food is amazing, the people have a different character and it's got some incredible nightlife. It's also really close to Kyoto and Nara, and spending at least a day in Nara is something I would massively recommend.

However if you're only spending a week in Japan just do one or two places in my opinion. These places aren't going anywhere. Tokyo is an incredibly vast city with lots to do, and on my last trip where I took my friends we spent a week in Kyoto alone, and despite quite a packed week we still had plenty we didn't get a chance to do.

Have a look and see which you like the sound of. Personally a couple of nights in Osaka is great but I think you'll want to go back to all the places you go to either way, Japan has that level of appeal