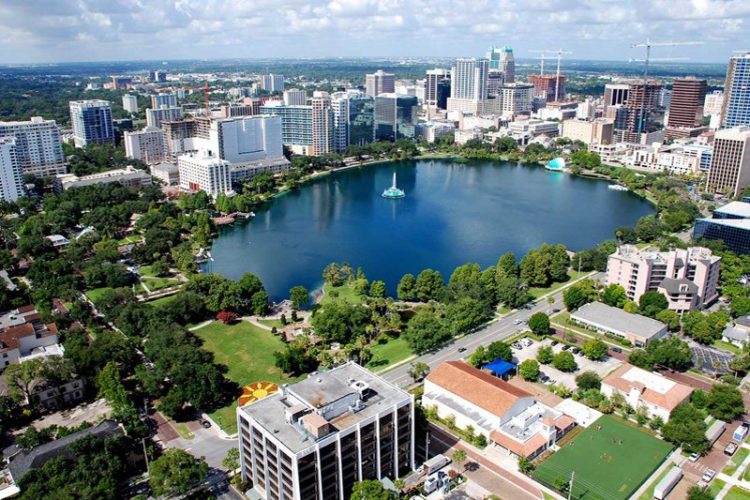 Don't go to MetroWest. I saw it declining the 4 years I lived there. Sad. It's been 5 years since I moved away so I don't know if it got any better.

there is nothing swanky in orlando- it's a tourist fest with crappy restaurants, everything is fake and garbage. the downtown is stupid and lame. Nothing there is good or cool. It's just a trashy city with really bad people. If they people were cool it wouldn't be so bad, but combine a tourist haven with trashy people and its an awful place.

Orlando is not Disneyworld. I moved there for an executive job after being in South Florida for 8 years. It was a huge mistake and left the area exactly one year later. It's a bunch of rude people trying to hustle at the expense of others. Pretend to be your friend to see what you can give them. People walk by in the mall, on the street, just bumping in to people. No respect for others. It's all scams. Every man for themselves, no sense of community. The phrase I heard alot there is, 'no worries.' You should worry if you decide to move there. It's dirty and gross. Sitting at a red light outside the FL Mall one day I saw a rat the size of a cat walking along the median. Fly by night stores in strip malls line the entire area, And watch the local news. Constant home invasions and murders, even in the 'nice' areas. One morning I was up very early to take my dog out. A guy (50's, 60's) and very young girl at 5am demanded I let them through the security gate of my apartments even though they didn't live there. Said they had to visit someone in apartment 140.

Not anymore! TRASH immigrants have overrun this city. There is no customer service, absolutely zero. So much for southern hospitality huh? The new residents don't respect this place at all. There's garbage alongside the roads, city water tastes nasty, and everything is overpriced. I'd be hard pressed to let my family stay anywhere outside of Disney. What a shame, not the Orlando that once was.

I took my kids to Universal this past week. While Universal is wonderful, the city of Orlando itself is in shambles! Road construction is going on everywhere and we almost wrecked a few times due to the incompetent road sign placement from street workers. Our hotel was on International Drive near the Orlando Eye. While that area was built-up for tourism, I felt unwelcomed. Racial tension, domestic fighting, and compete disregard for others' personal space are what I encountered outside of the tourist areas. I didn't know I was going to Miami in central Florida! Like stated in the other reviews, I remember when Orlando was on top of its game decades ago. Now it's become a cest pool full of gun ammo strip malls, pay day loan centers, and generic chain stores. There's no respect for each other here. People will run you over in a crosswalk if it means getting their way first. Orlando used to be about family and fun. Now it's clear the only concern on residents' minds are getting their paycheck and doing the bare minimum. Orlando (not Disney or Universal) = poor to no quality or concern for others well-being.

I lived in Orlando for five years as a young adult. The best way to sum up the city is average as can be. Orlando is fairly diverse but what nobody likes to mention is that it is extremely segregated. There are certainly well defined black neighborhoods, Puerto Rican neighborhoods, a small Vietnamese area with tons of their own businesses, and white families living just about everywhere else. It is more LGBT friendly than the average city in Florida. The city overall is very family focused with lots to do with kids. In general, people are not particularly nice or mean. They're friendlier than Miami's residents but definitely do not bring the southern hospitality and charm.

Transport: Orlando is spread out with horrible traffic and never ending construction. A car is a must as the city is not at all bike friendly and not safe for motorcycles. During rush hour it can take nearly 2 hours to travel from West Orlando to East Orlando. Public transportation is lacking and the buses unreliable but the Sunrail offers those lucky enough to live near a station and work near a station great public transport. East Orlando/UCF area is notorious for drunk drivers and wrecks. West Orlando is nearly as bad since everyone driving is a lost tourist.

Housing: Housing had only gotten drastically more expensive each year I lived there. Many apt complexes have waiting lists and houses for rent are difficult to come by. There are lots of planned communities further from Downtown and really is a "suburban dream life." Think tons of houses that look the same thrown up over night. Downtown, College Park, and Winter Park still have charming homes that don't fit that mold but they're becoming increasingly rare.

Culture: Orlando does not have any real culture compared to other big cities and I'd say thats its biggest downfall. There are several art museums and big concert venues but this is not the place to move if you're looking for hole in the wall bars, local music, pop up art venues, co ops etc. People like to mention Mills Ave every time this comes up but 1 street sprinkled with the occasional unique shop is not culture imo. There is a thriving Disney culture with self proclaimed "Disney girls" just about everywhere. Orlandoans are huge Orlando City soccer fans. There are people of all religions in Orlando but mega churches and Christian radio stations do have a noticeable presence. There are some good restaurants and you can find any type of food but for the most part Orlando has a ton of chains.

Entertainment: If you're not a fan of theme parks you're out of luck. There's movie theaters and bowling alleys, a few nice gardens, and great kayaking just north of Orlando but just walking around and checking things out isn't really a thing there at all. The beach is about an hour away. There are some okay bars downtown and near UCF but nothing to write home about. The thriving party scene is pretty limited to UCF which is basically it's own city anyways.

It's not exciting. It's not horrible. It's not a great place for young adults if you're not a UCF student. It's not a 24/7 city but not sleepy. It's a good place for families.

Lots of Palm Trees everywhere and pretty much anywhere in Orlando is an hour from a beach.

As far as lively areas to live for young people, I would definitely recommend Downtown Orlando, specifically around Lake Eola or Thornton Park. Enjoy!

We came from Chicago. I'd echo and also recommend:

Dr. Phillips is very nice but too removed from the rest for my taste. We avoid disney.

I agree with Adele's list. I'm in my late 20s and my GF is her in early 20s. We moved from San Francisco because we wanted a more laid back lifestyle, with that being said being close to good shopping malls & outlets, theme parks, water parks and restaurants were really important to us, which is why we chose Dr. Phillips over the neighborhoods around Winter Park and Downtown. Although, I'm sure we would have been very happy there too. It has a hipster vibe where as Dr. Phillips has a more affluent-family vibe. I'd also add Baldwin Park to the list, lots of young professionals live there and it's such a cute community.

We are saving our lunch money for a home in Golden Oaks. I would love to retire in Orlando and be a Friendship Boat captain. I could travel those routes all day and never get tired of it. I want to be one of the Cpatains that tells jokes and interacts with the passengers. You dont see enough of that nowadays.

It's different. You won't be tremendously excited, because you aren't on vacation. You're just going to a park for a little while. It's still fun. I still love the parks and have passes to the Disney parks, Disney water parks, the Uni parks, the Sea World parks. But it's different.

I made sure I was over the thrill of the parks before I decided to move.

If you are a person who likes to be "in the bubble", taking only Disney busses, visiting only Disney parks, staying only in Disney hotels and eating only Disney food...you need to give serious consideration to whether you want to LIVE in Florida. IMO, it would be a big mistake to relocate just for the parks because, Yes, that thrill will wear off. You don't live in the parks.

But I didn't choose Orlando for its proximity to the beach, lol. It's nice to have the parks nearby, if you happen to like them, which I do.

It's wonderful to not worry about riding this or that. I'm thrilled that I won't have to use all this NextGen stuff and keep appointments for my meals and rides. Rope Drop? Seriously? I'm not getting involved in that craziness. I've been on all the popular rides enough...and I'll be on them again. The parks become more relaxing. There is much less "OH, MY GOD! I'M IN DISNEY!" and "SPIDER-MAN!! YAY!!" But that's okay, because the parks become familiar and welcoming, even if they aren't something that makes you want to scream.  Still fun, just a new kind of fun. For me, anyway.

It's also nice to leave and be able to go home!

Orlando is a land locked Florida town that is anything but pleasant.

Orlando is a beautiful place to live with an abundance of actives and culture. Any place you live has the good with the bad and you will only know by just doing it.

Metro west is pretty nice and there are some great apartments over here. Takes me about 10-15 min to get to universal and I'm in the Central Park condos. I like the neighborhood and that they are condos instead of apartments! Also we live on the better side of kirkman rd. I'd stay away from the east side of that road lol

I'm going to second this. I'm moving to Orlando at the end of the month and I found some good apartments in the Metro West area that were affordable.

Dr. Phillips area looked great, but pretty expensive too, so that's one thing to consider.

Honestly though.. if you want to live by the cool stuff that's going on in Orlando? Go for the Conway area. Cheap. VERY central to everything that's happening. All the great food in town is a short drive. Mills colonial district is close.

They're expanding south on Orange with all new stuff. The areas really expanding.

You'll have a fair commute. But not much more than 20min to universal.

I live in Metro West and the only part I'd consider sketchy are the apartments near Winn-Dixie, which is the part closest to Pine Hills. Other than that, it's fine. It's very quiet, and I've walked around at night here and never felt unsafe.