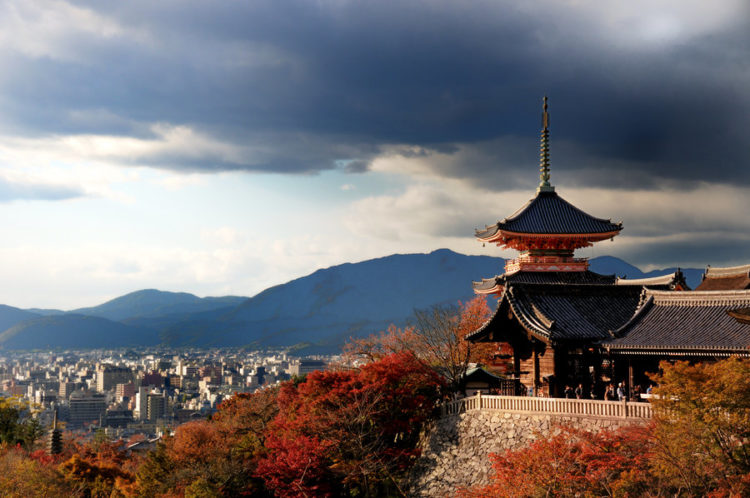 Kyoto people are well known as the most up tight, most difficult in the nation. Obviously that’s lumping everyone together unfairly, but Kyoto isn’t my favorite place.

Another thing you will need in Kyoto is a place to live. Depending on where you are coming from, some documents will require you to provide a place of living before you get them. However, we highly recommend you never look for a home online. You should be able to visit the apartments you are looking into. This is why, when moving to Kyoto, try staying with a friend or in a temporary home, like a hotel. From there, you can visit other places and find a home.

A moving company might be able to help you with this too. That’s why it’s very important to find a professional, reliable moving service, such as Kokusai Express Japan. You will need a moving company nevertheless, since moving by yourself can be really hard. Having professional workers can ease the stress levels as well as speed up the whole moving process.

Kyoto has numerous colleges and universities, so it's one of the more international, cosmopolitan cities in Japan. People will notice you for being tall or being foreign, sure. But so what? Being tall is usually only a problem riding on the bus (some buses simply don't have enough knee room; you'll learn to spot which ones) and walking around indoors at home (Boom! goes the forehead). Every bit of language practice helps, but don't try to overthink other things. Just go and have fun. Bring me a bag of picante limon corn nuts and a bag of sunflower seeds.

Kyoto's well-connected by train but you'll also have to rely heavily on buses to get to a lot of places. Try to familiarize yourself with those bus routes the best you can. Like someone else mentioned, you can also bike around the city but Kyoto streets are almost always packed with cars, and in some parts of the city the streets are pretty narrow.

You'll be making tons of new friends, no doubt, and as far as learning Japanese goes, I'd suggest parsing those friends into 2 groups - friends you speak English with, and friends you speak Japanese with. When I first got here I looked for Japanese friends who were proficient in English and those friendships did absolutely nothing to help me advance my Japanese (although they're all great friends of mine still). Recently I've found a few friends who I speak with more in Japanese than English (or at least a mix of the 2) and it's made a ton of difference. So try that if you can.

Since you're a tall foreigner you can expect a fair amount of looks from people but just ignore that. I've also heard that some foreigners get approached by Japanese people who want to take a picture with them but that might be more of a country phenomenon; Kyoto city is pretty saturated with foreigners both living there and visiting. And like everyone else said, have fun and enjoy all the Mexican food you can now, before you get here.

Kyoto seems alright. That one place with the big entrance reminds me of Chinatown in Seattle, which is way nicer than the ones in Chicago, New York, or San Francisco. When you do your laundry do you have to air dry it outside? I stayed at a penzione / hostel in Rome for a week and it was nasty to air dry laundry because of the smog in Rome.

Been in Kyoto for quite some time now. Shijou/Kawaramachi, Shijou/Karasuma, and Shijou/Omiya are probably tops if you're looking for something centralized. Easy access to several train lines and you'll be close to the main shopping/nightlife district and business district. I have a 2k for 55,000, and I'd say that's the floor for rent prices.

Alternatively, the Higashiyama area is the most scenic and peaceful part of the city. Close to Kyoto University and several other colleges and surrounded by temples and what not. If you can deal with year-round tourist invasions, it's probably the nicest place to live.

Feel free to PM me if you have any other questions!

Don't over-rely on buses while in Kyoto. A bus ride that goes through the city center will take forever. Use the subway for such longer treks across town.

Kyoto is very cold in winter and hot in summer.

You may already know but people will stare at you all the time xd also, school will be very hard.Ffor example, adapting to the new rules, adapting to the new culture, cleaning the school by yourslef (there is no janitor), lunch time (everyone eats the same thing), bukatsu (obligatory sport club after school), and stuff but people will understand that you are not familiar to their culture and will really respect you. Students will of course, ask you tons of questions about America. I am sure you will love Japan :) I am half japanese so I go to Japan once every two years but I wish I could live there because everyone is so kind and polite! The weather is very hot in Kyoto but I'm sure you'll like it! Good luck! :D

Kyoto isn't a bad place at all. Most Japanese people are friendly enough to Americans and I've thoroughly enjoyed living here. If you are used to big party cities than Kyoto might be a little quite, but Osaka is only a short train ride away and there is plenty of action there. Also if you don't speak any Japanese don't sweat it, lots of Japanese speak some english and if you make any attempt to learn their language Japanese people tend to be very forgiving of any mistakes and even excited that you're making an attempt.

Aah! Several visits to Kyoto - beginning in 1976 - but my heart is truly lost to western Japan - Shimane-ken and Yamaguchi-ken (Sai-Kyo) - where I lived some 16 years till last year. Tanka-writer friend, Amelia FIELDEN (Donald KEENE translation prize 2006) has alerted me to this piece of writing redolent of all the things - past and present - which make of Japan its own unique and much-loved counterpoint to my Western/Australian background.

Kyoto is a great city for riding.

I've lived in Kyoto for the past 8 years. I'm currently living in Shijo Omiya but I'll be moving closer to Kawaramachi this weekend. I love Kyoto, it has everything you would want out of a big city, but not the people crowding and rushed feel. Plus if you live in a good location, everywhere you might want to go you can easily get to on bicycle.

I highly recommend Shijo Omiya, you're a 10 minute bike ride from Kawaramachi and 15 from Kyoto Station. It's a great central location plus you have the Hankyu train line which takes you into Osaka easily. I had a 2-room apartment there which was 5 minutes from the train station and the rent was 80,000 yen a month.

The Shijo Karasuma/Horikawa areas are also pretty nice, again great central location and the subway/Hankyu lines will be close by. The prices will start going up the closer you get to Shijo Kawaramachi, but for a single room place you can probably find something decent that's still less than what you're paying now.

Nijo and Gojo are also nice locations, a bit removed from the central hub but still well within biking distance. Nijo and Gojo will put you closer to JR train lines. Nijo has a modest shopping mall Bivi with a movie theater, and there's also a nice gym close by. There seem to be a lot of new places popping up in Tanbaguchi, again this will be JR line and the immediate area is kind of lacking but you will still be within biking distance of everything.

Kitayama is considered sort of upscale, and a bit far from downtown. You would have to depend on the subway, and the Kyoto subway is a fraction of what Tokyo's is. Marutamachi and Demachiyanagi are much quieter and have less stuff in the general area, but you will still be within biking distance of Kawaramachi and you'd be on the Keihan line, which is a nice line that also goes into Osaka.

And then there's the Saiin/Nishikyogoku/Katsura/Arashiyama areas, but these are kind of out of the way and you're going to lose that biking/walking distance to the heart of the city.

For those who want to live in half-inaka-half-tokai place, Kyoto is definitely the best place in japan.