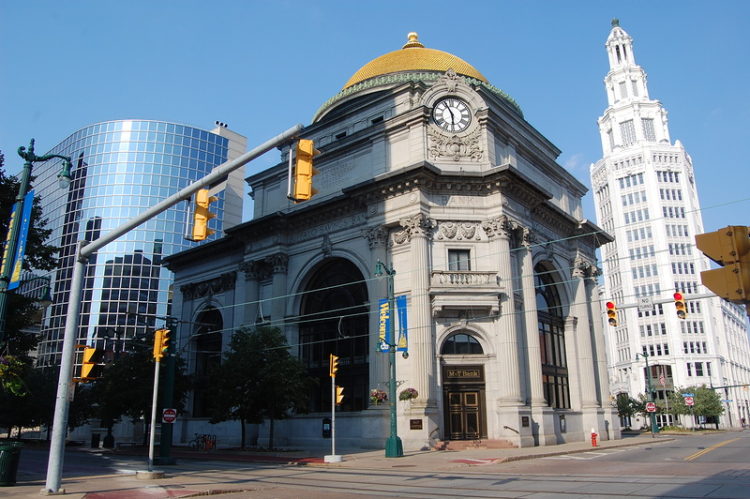 I am a native of Buffalo I lived there for 21 years.I have been living in Las Vegas for 11 years.All I hear is that Buff is the worst place to live

Buffalo, like any city, has it's bad parts. The crime in Buffalo is nowhere near crime in LA, New Orleans, Miami, Detroit, Atlanta etc. It is close to Niagara Falls and the Canadian boarder... so the security is probably among the most intense in the USA. Obviosuly, if you go into inner city or the outskirts, there will be some bad areas. They have alot of rich history and culture, as well as nightlife and entertainment. They are also excellent schools and buisnesses. As long as you chose the right neighborhood, and take big city pre-cautions, you will be fine.. it really is a great city.

It sounds like you were in Niagara Falls New York, not Buffalo.

Buffalo is the metropolitan area that is about 18 miles up river.

Unfortunately, Niagara Falls is a dying city with a wonderful natural resource. Years of unemployment, graft and just plain incompetance has ruined this once beautiful city. So what you described sounds accurate. Just like any city though, there are different areas for different classes of people. I hope you come back some time and explore other areas-we really do have a lot to offer.

You need a jacket, gloves, and a hat. Some winter boots wouldn't hurt either.

Take the time to enjoy the rich history while you're there. Buffalo was the site of a major battle in the war of 1812, it was burned by the British. Fort Niagara is a nice day trip. Buffalo has amazing architecture. City hall, the Guaranty Building, and several Frank Lloyd Wright houses are available for tours. The Albright Knox gallery is a must for art enthusiasts. Buffalo has an active brewery scene now as well as at least one artisan distillery, and is home to some great corner bars. While you're at it, take in a show at Shea’s theater, and don't miss the fall colors at Letchworth canyon, the “grand Canyon of the east.”

If you're a sports fan, check out a Bills, Sabres, or Bisons game as well, but beware, Buffalo sports will suck you into sweet, sweet dispair.

Quick note about the crime: Buffalo does have the highest violent crime rate of cities in New York as of 2015. That being said, I lived in “rough” parts of Buffalo and never felt threatened. People look out for each other in Buffalo.

Be advised that taxes in buffalo for property are higher than most other areas of the country. However the living expenses are considered lower.

If you have never driven in snow before, remember one thing: drive slow. Just because you may have all wheel drive or 4wd, doesnt mean you can stop any faster. The faster you go, the higher the chance of an accident and the longer it will take to stop.

The suburbs like amherst, cheektowaga, clarence the tonawandas are all comparitively nice. The buffalo School systems ranks amongs the top 3 worst in the country.Amherst, Williamsville, and Clarence schools are considered to be the best, however school taxes on those districts is also high.

1) Buffalo has had a thriving Jewish community for at least a century. You couldn’t find it when you were there?

2) Buffalo is extremely walkable - more so than half the cities in the country. Part is climate. Part is infrastructure.

3) Buffalo has a million people in its metro area, major cultural institutions, major league sports franchises, Fortune 500 companies, a major research university, etc. A brilliant mind can have an impact in on the world from Buffalo.

And it’s not just Buffalo. The same can be said for Detroit, Cleveland, Pittsburgh, Cincinnati, Saint Louis, Louisville, Milwaukee, Rochester, Hartford, and the rest of the wonderful historical legacy Cities of the American Northeast and Midwest. They say the greenest building is the one already built. That these wonderful historic cities were semi-abandoned by rainbow-chasers in the past half-century doesn’t mean it was right.

The premise of this discussion is important. “Move to Buffalo” is the perfect solution for the overpriced cities like San Francisco.

It's snowing and cold for so long in buffalo that you better take up one of the following activities: Enjoy outdoor winter sports Enjoy drinking excessively Or Enjoy being a homebody

As someone who moved from the Inland Empire region of California to Buffalo it's not too bad. Honestly I loved living there, the only thing I had trouble coping with was driving in the snow and not seeing the sun much in the winter. Definitely get some good snow tires, they made a world of difference to me but people are still going to be blasting around you in their Subarus in a dead blizzard.

Other comment is pretty spot on; other than work or groceries I was a complete homebody who drank a little too much when it was cold. I met some of the best people there and had a blast in the summer though. So much to do. I can't think of any specifics that would help just be prepared for a really jarring first winter. Good luck!

Edit: Don't forget about rust being a problem up there! Wash your car after driving on salted roads. Not every time maybe but not never. Also I know my poor desert car took the change in climate really badly. All the plastic interior got brittle and broke and my passenger side mirror snapped off at the slightest brush with a grape vine. Might've just been it's age but it really started falling apart as soon as I got there.

Any advice for a Californian moving to Buffalo?

First things first, I'm not from LA and am familiar with cold weather, albeit not Buffalo cold. What should I expect moving out there? How much is internet, I've heard horror stories about time Warner. How bad can traffic be? Is the reality as bad as the reputation? What are the best things about living in Buffalo?

My reason for moving out is that my fiancé is from Hamilton and were getting married within the next few months and I want to live closer to her while we wait for immigration to allow us to live together without hassle. I plan on finding a job, any job, once I get there and getting an apartment. (will I need to change my driver's license and plates immediately or can that wait a bit?)

Hope you guys can help! Looking forward to starting a new adventure!

If you are looking to move to a city you’ll love living in, that’s Buffalo. People grow up here and choose to stay. Millennials move away and come back. People who have never heard of Buffalo discover the city and relocate here. The love for Buffalo is very real, and constantly growing.

I’m not only proud to be a Buffalonian, but also that I have never experienced any regrets about relocating to Buffalo. Buffalo has a great deal to offer and I am really excited about what the future has in store for the Nickel City.

The people of Buffalo are great. Go get a beer with some co-workers or neighbors and you will be friends forever.. I personally love the Weather of Western NY. Fall is beautiful. Grab a Jacket and Some boots for Winter and Hoodie's for Fall. There is nothing like Hoody weather in Buffalo!