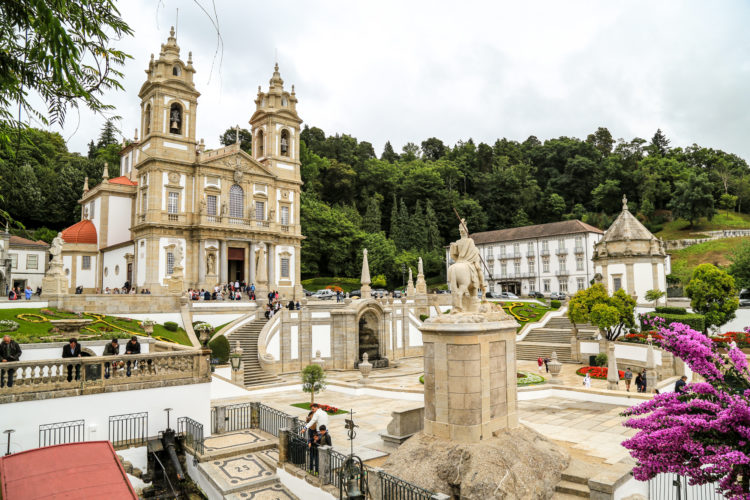 Disclosure, I never lived in Braga but worked there. My home city is from it’s district though and I always had connection to it throughout my life.

It depends largely on your expectations.

For me it’s too dull (from what I get now it has improved a lot on this though), has no beach and summers are too hot and you have to drive everywhere (groceries, schools, work, etc - although there’s a bus line there), in comparison to Porto where I live now which has a great nightlife, beaches nearby and the climate is more balanced - of course, to my likings. Also, there are far more job opportunities in Porto (not to say Lisbon).

Nevertheless, if the points above you don’t mind you too much, you can count on one of the cheapest district capitals to live in, people are in general more generous, food is awesome and its cultural heritage is one of the most important cities in the country, as it’s one of the oldest cities too, since roman times - Bracara Augusta.

It was one of the most important cities on the Iberian peninsula too since its foundation, only decreasing its importance in the middle ages.

Quality of life, is in my opinion a bit better than Porto and much better than Lisbon though.

TL:DR - It’s a great city to live, if you don’t mind not going to a different place every now and then (driving to it of course), and not having a beach nearby.

It is a very, very nice city to live in. An ancient place, and former stronghold of the Callaici Bracarii, or Bracarenses, a Celtic tribe that settled in the area, from pre-historic times till about 136 BC, when the Romans paid a visit and stayed a while, declaring it the “civitas of Bracara Augusta” in 20 BC. Later, between the V -VII centuries several Germanic tribes namely, the Suebi & Visigoths (but some others too) arrived, looked, liked, & made Braga their favorite hangout, kicking the Romans out in the process. So when you walk about Braga or Minho province and see our red-heads, or blonds with steel gray, blue or green eyes, yes….these could be our Portuguese of Celtic ancestry, but also the descendants of these ancient German peoples.

It is a very catholic/religious place with at least a dozen churches and monasteries all around, but along with the seriousness of religious fervor, there is also a young vitality to the place, as it is a very popular university town. It has some lively cultural offerings, and an eclectic mellow vibe, with a mostly underground bar scene, the bonus being that it is located at the doorstep of lovely Peneda-Gerês National Park. It has a noticeable unhurried pace of life which accelerates after dark, especially in the downtown area. But the city has a sense of intimacy and its compact size, facilitates friendships, (and much more) especially as you bar hop; a more inviting prospect rather than negotiating Porto's vast urban sprawl about an hour away. It is a reasonably cheap place to live in, for Portuguese and European standards, which makes it an even more popular city. It is relatively small, with about 180-200,000 people, so it is manageable.

Braga is a city rich in history, culture, gastronomy, nature, sports, including football. Their home club is - Sporting Clube de Braga-, which I might say, has some very loyal and fanatic fans too! The city & university attracts very intelligent people of all ages and from all over, and a creative energy that brings together these people & their cultures, transcending age, class and lifestyles which in Braga, all mingle very well. If you speak any type of Portuguese, you will also notice their destinctive Portuguese accent Barcarense, which I absolutely love! It is indeed an ancient city, but also a modern one that continues to adapt and thrive, looking towards the future with a sense of optimism and happiness, and as always, looking forward to welcome friends from Portugal and abroad. Enjoy Braga, you will LOVE the place!