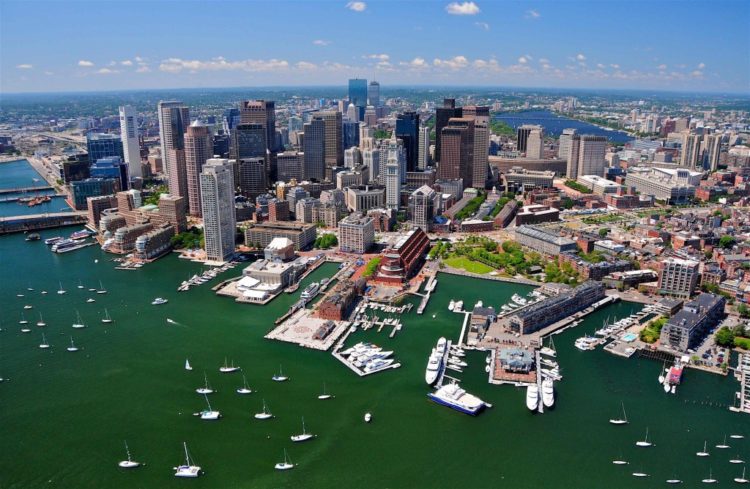 Boston is a political cesspool where nothing gets done without political graft. Many years ago Boston City Hospital ordered a radiology suite from a firm called Picker Nuclear. After the equipment was installed and working, Picker billed the city for the agreed upon price of $100,000. The city auditor told Picker that to get paid they would need to use a certain law firm to collect the funds. This so enraged the executives at Picker that they came in and removed all of their X-ray equipment leaving the hospital without state-of-the-art radiology capability. No other manufacturer of radiology related equipment including CAT scanning and ultrasound would go near any bids for the city. The problem is that there are so many high paying technical jobs but very few native Bostonians with the education needed to fill these positions. Consequently nepotism runs rampant in the Commonwealth and government related jobs get filled by political hacks. People try to extort money whenever possible.

I don't know how many stars are displayed on this web page but I rated Boston just two stars. I wouldn't go near Boston unless you make or will make at least 150 to 200K a year. Better check the cost of living. Rent there is two or three times what it is in most cities, similar to New York or San Francisco. On the other hand maybe you’re reading this because you’ve got wealthy parents and you plan on going to Harvard (actually in Cambridge), so cost doesn’t make that much difference to you. Boston and vicinity seemed really crowded to me, but I grew up in American suburbs. Some people like congested urban areas. I hated the Boston traffic. The first couple of months after I moved there somebody totaled my parked car in Copley Square. It was a hit-and-run but fortunately I wasn’t in the car. Most likely a large vehicle such as a truck smashed into my car and drove off. I had a job at the Fairmont Copley Plaza Hotel. During the few short months I worked there somebody totaled my parked car, broke into my employee locker, and I discovered a dead body on a sidewalk nearby. I called an ambulance. It’s not too friendly. Boston winters are cold and long with snow. Shoveling snow is a lousy way to get your exercise. Because of the climate, much of the city—road signs, bridges, and overpasses—appear rusty, worn, and beat-up. The roads are often riddled with potholes, especially in the winter. Guess that’s why they call it the Rust Belt. Hollywood could use nighttime Boston for a dystopian movie set. If you have a tendency to get depressed the reduced sunlight and Boston climate will make it worse. Parking in the city is always a hassle and traffic can be extremely bad. Better watch your car because there's a good chance somebody will steal it. Motor vehicle theft was practically an epidemic when I was there in the ‘90s. Everybody has (or will have) Lojack or some other aftermarket anti-theft device. Because of the sheer number of vehicles in the area you might as well assume that somebody’s going to crash into your vehicle at some point. Get ready for high insurance premiums. Socially Boston natives can be pretty frosty. It’s unlike anywhere else in the country in that respect (I’m 60 so I’ve been around). Bank tellers won’t give you the time of day unless you’ve got an account with them. The extreme arrogance and regionalism in Boston is really obnoxious, unlike any I've ever seen. Fortunately not everybody is like that and there are people from all over the world in Boston. There’s also plenty of entertainment in terms of bars, restaurants (I like the seafood), sports (Red Sox, Celtics, pro football 20 miles away), music (the BSO, Boston Pops, rock/jazz/classical concerts large and small), etc. I married a girl from Ohio and moved away.

Having lived in Boston for more than 3 years, I can tell you some things:

New England charms: If you are a history lover, you are in one of the best places possible in the United States. The city and the surrounding suburbs have beautiful warm vibes about it.

Fall season is one of the best seasons to experience when you are in Boston. Maine, New Hampshire, Connecticut are just 2,3 hours away from the city, which makes it an added advantage.

St. Patrick’s Day in March, Thanksgiving in Plymouth, Halloween in Salem, Boston Pops Fireworks on the 4th of July, Christmas in Boston city are the best times of the year.

Its a small city, so less crowded, more cleaner. But that doesn’t make it a boring city. Infact it makes you feel very young and energetic because there are tons of colleges out there in the city and you’ll find students, teenagers, hanging out everywhere. It has tons of quality restaurants, comedy clubs, ridiculously high number of good Irish bars, and places of activities.

They have literally one of the best hospitals in the world - MGH and many others very close to it.

SNOW, SNOW, SNOW. Winters are brutal sometimes. I have survived through 2,3 polar vortexes, the infamous 100 inches of snowmaggedon in 2015 and plenty of storms.

Commuting can become a huge problem in the winters because the trains/buses get delayed. If WFH is not a problem for you, you can ignore this problem.

Driving in the city can be very tiring as the roads are very confusing and tiny. Finding parking spots, esp during winter is hard.

Traffic in some places is really bad ( I 93, I 95, Alewife junction, are always clogged).

Rents are high if you want to live in the heart of the city. Even basement apartments cost high. Massachusetts taxes are also high.

According to me, the Pros outweigh the cons and its a wonderful place to live in.

There are a lot of great things and lousy things about Boston, but here are a few of the best and worst in my opinion:

I wouldn’t call Boston a large town lol. It’s the 10th largest metro area in the country (6th largest statistical area), and top 100 in the world. It’s not a LARGE city like New York but it’s a big midsized city.

I do fully agree about choice, though. Boston really needs to allow for more businesses, especially ones with liquor licenses. Every decent bar is stupidly packed on Friday and Saturday nights.

Boston often feels like a small town with all the perks of city life. The metro area features a diverse culinary scene, access to the cultural institutions, and proximity to world-class schools, employers and health care. It is historic but ever-evolving. It is on the cutting edge of medicine and technology, but traditional in its love of pastimes like cheering on hometown heroes at Fenway Park. It is a region of sports enthusiasts, artists and entrepreneurs.

Often referred to as the Cradle of Liberty, Boston is the site of some of the most significant social, cultural and political moments in U.S. history. Living in the region can feel like you're acting out the pages of a history book, while simultaneously experiencing the perks of a modern metro area. Boston's tenacious spirit was born out of an act of revolution, and its drive to pursue innovation and progress is in its DNA.

From the Old North Church to the Institute of Contemporary Art and everything in between, Boston is steeped in culture and rich in pride. For new families, recent college graduates, retirees or seasoned professionals, Boston is a place that can foster your next stage of life, whatever that may be.

The Best parts, you can get around the city very easily and there is so much to see. The transportation system, is easy to follow, it really is. You can even work outside the city and get into the city very easily through our public transportation system. Lot's to see, lot's to do, lot's of good places to eat, both pricey and not pricey at all. The worst parts, traffic can be outrageous, during rush hour, yup! Apartments, depending on where you look can be expensive. There are Boston communities that are both convenient and great areas to live, like Oak Square Brighton, convenient to transportation, things to do and not as expensive as let's say, South Boston, North End, South End, Jamaica Plain.

Con: it gets really cold in the winter.

Pros: basically everything else. It's my favorite city (of course I'm talking about the rich neighborhoods..). It has Manhattan vibes and small community feels. I'd be more than happy raising children there, but also spending my 20s being young there. It's really great. But it's really cold for a long time in the winter.

The worst thing about Boston is that it is so expensive. And you know why? Supply and demand: people want to live here. I don't understand all the bad reviews. They all sound like sour grapes to me. Boston is an absolutely beautiful city with plenty to do and far fewer of the problems that plague the country's other big cities, most notably violence and crime. We also don't have the nature-related problems that spoil some of the country's other places--earthquakes, tornadoes, mudslides, hurricanes, floods. Cold and snow? You bet, but you're not going to die from them. But it is expensive and we do have quite possibly the worst public transportation system in the world. Thank goodness Boston is entirely walkable. For you sour grape reviewers: go away, we don't need you here. Otherwise, welcome to one of the nicest cities in the world.

I grew up in Brooklyn and NJ and have a lot of family in Queens, but I've been in Boston for over 14 years. One of my favorite pros is that you can get in and out of Boston with relative ease versus NYC. If you want to go to the beach, fruit picking, snow tubing, etc, it's all pretty easy to do a quick day trip.

Con - It's harder to find an excellent bagel.

I grew up just outside Boston and grew up going to boston all the time. I really like it a lot and could not see myself living any where else to be honest. I love the history we have and how it is starting to be like a melting pot here. Grant it when I was a kid I knew everyone on my street and now that has all changed but I still love living here. I love that I can easily get around via public transportation and other methods of transportation. Love all that the city has to offer. I like being so close to fenway park and I love my accent.

just a few things off the top of my head: