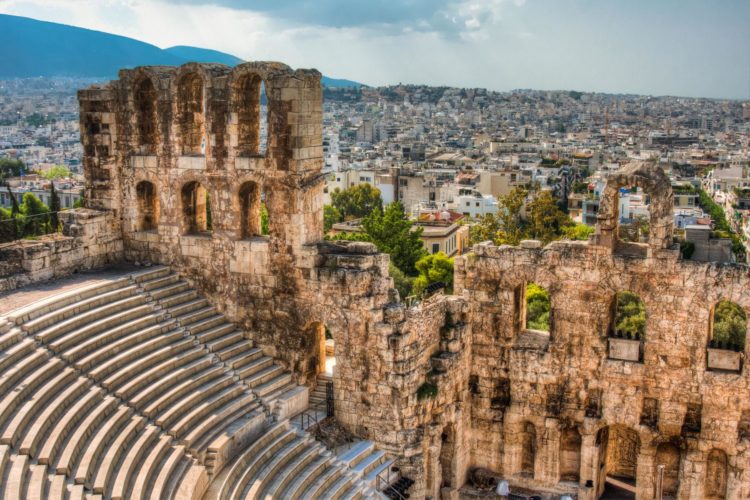 If you intend to work in Athens for several years or are simply looking for an investment, you may be interested in purchasing property. In order to purchase property in Athens you must have a Greek tax number. It is recommended that you have a preliminary sale/purchase agreement drawn up for maximum protection.

Prefer living in suberbs with access to Metro /Tram railway. Athens is a big and crowded city which might seem disorganized comparing to the rest of European capitals. Traffic jam is often unbearable, parking in the city center is difficult due to lack of space and public transport is a pain. Yet, it has an exemplary Metro and tram railway which cover several areas in the city’s center, as well as the northern, southern and western parts. If you have a car, avoid the center, if you do not, you can try it but better look for accommodation in suberbs with access to the Metro.

Well i’m sure that you will have great time in Athens. I had amazing 7 years. I came there as a student, so i didn’t have a lot of money and i needed to be cost-rational. It wasn’t complicated to manage. There are different municipalities where you can find nice apartments. For example some more centered parts are cheaper to rent than some more outside neghbiourhoods. If you are more into going out than better find some apartment in Plaka, Kerameikos, Kolonaki. If you are family person than defeintely Psychiko, Marousi, Kifissia…those neighbourhoods are greener. Of course if you prefer seaside then absolutely Glyfada, Kalithea, Voula, Vougliameni. Night life during colder months is mostly centered in Gazi, durring summer it’s on Glyfada. What i didn’t expect was coldest winters . Compared to my origin country i didn’t expect to feel cold in Athens but because of humidity and worst possible heating it was real disaster. The heating system is regulated by building council that is made of residents that are living in building and they get to decide when apartments will be heated. After crisis hit them they have started to heat apartments only for few hours in evenings when temperature is lower than 15 degrees. So basically you can expect your apartment to be warm only those days from 18h until 21h. Not to mention that around 21:15 even with blanket on it is coooold. But as they say f you need you can buy a heater and pay for electricity bill, since they don’t want to pay for heating for longer hours.

Not from Athens, but I'm Greek myself and I've been there several times. First of all most young people here know basic English and many of us know how to speak the language pretty good. There is a considerable number of people speaking other languages too, but English is the "main foreign" language spoken.

Socially, we are pretty open people. What I mean is that it's not that difficult to start off a conversation with a random person on the street or in a bus, and certainly no one will think you're insane if you're just greeting people. However, in smaller cities and towns it's more common to do so, but still it's not that weird in a big city.

As far as religion goes, almost all Greeks above a certain age consider themselves Greek Orthodoxes, but there is certainly a decline in this number in our youth today. Less and less people care about religion, and unless you find a religion fanatic (which is the minority of the people here) you won't face any problem by coming off as an atheist.

Generally, Greeks are hospitable and happy to have you staying there, however there are always some mean people, like in most places. Athens is a big city and most people mind their own business before they mind yours, so with a "live and let live" motto you'll find most things easy. Again, I'm not from Athens, so some of my info might not be 100%, so if anyone wants to correct me feel free to do so. I hope you have fun in Greece buddy!

Athens IS the most expensive city in Europe for the EXACT things I've wrote about (supermarkets,commodities & eating out ) ,I work in this business and part of my job is comparing PRICES on a DAILY basis....

and this is WITHOUT taking in mind the ultra low salaries if you DO take them in mind Athens is one of the 3 most expensive cities in the WORLD.....

I simply HAVE to warn anyone planning to come & live in Athens that it ain't the peace of cake some people think it is (since life is way different for a tourist than an inhabitant ...)

The market in Athens is hot and prices are rising quickly. Atlanta market was in the top 10 markets in the country last year based on the recently released BP index. I need to know your comfort zone price wise to recommend areas to focus on. We also have Athens REI meeting every last Monday of the month. PM me for more info if interested. We'll be glad to welcome you to Athens and see you at the next possible meeting.

Welcome to Athens Georgia. You have chosen one of the best markets in the Southeast. One of my mentors invests all over GA, SC and the southeast. Hands down he says Athens makes him the most money over savannah, Atlanta, Clemson, Charleston, Augusta, Memphis etc etc.

We are investors that specialize in marketing hard for offf-market deals in Athens... but we can't buy them all. We are certainly not the biggest fish, but we have a full time salaried staff that markets, finds and negotiates deals. Growing lots of momentum and always looking for new partners in this area. We have a few deals now if you want to message me.

We believe in the law of abundance so we welcome all serious deal-makers. Reach out to me and we can talk.

Hey Dan. Athens is safe enough in most areas, as long as you take reasonable precausions as you would in any big city. People do run, although because the land is quite contoured, it's somewhat of a challenging run. In southern Athens there are beaches, accessible via tram which is comfortable but slow. You can swim there but there is an entrance fee to most beaches, which is normally illegal but this is Greece. I don't know much about the swimming pool situation. I would learn some greek as soon as possible if I were you, you're often in danger of being ripped off if people can tell you don't speak greek.

There are so many houses to rent in Athens that with dogs and kids, apartment living makes little sense. Plus most of the apartments are flooded with students.

Me and my bf have spent 2 years at Athens Highland Apartments in a 2 bedroom for $650/month plus water. Pets are allowed with a fee. We preleased because we were moving here from NY and Tammy, the property manager, is extremely helpful.

Athens is a fairly compact city and has an excellent public transport network so owning a car will not be necessary unless you choose to live in one of the outermost of the city’s 58 suburbs. Popular locations for expats are northern suburbs like Kifissia and Rafina which are leafy and quiet and coastal suburbs such as Glyfada or Voula which offer access to beaches.

You'll like Athens. It's a great town to move to. It has a nice little downtown, next to the university - very walkable. Once you move here, you can explore more - Atlanta is an hour away by car, the mountains are an hour away to the north, and the countryside around Athens is beautiful and good for running. Good luck with the interview.

Athens is the quintessential college town -- many say the best college town in the nation. Though the UGA campus dominates, it's big enough to have an economy and culture beyond the university community. Downtown Athens is charming beyond words -- nothing but bars, sidewalk cafes, bars, coffee shops, bars, cool shops, bars, fine eateries and bars. If a liberal, hippy, granola, indie / alt music scene is what you're looking for, then Athens is definitely for you. Amazing town!

I LOVE both Athens (I am a Georgia alumni) AND Greenville. Both are lovely cities, but I admit when reflecting on raising a family and/ or being close to outdoor activities, Greenville would have a slight edge. Greenville has MUCH better shopping, too, in my opinion, but Athens, as the other poster mentioned is VERY close to everything Metro Atlanta has to offer. So maybe, at best its a toss up.

Athens (university area) is nice, but in no way is it better than Auburn, AL. That is a VERY nice college town.