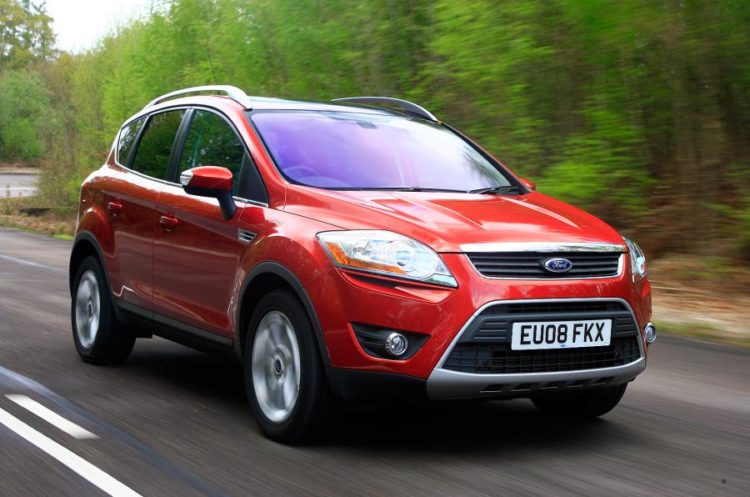 Just took delivery of this vehicle after having owned a 2011 Renault Scenic. First impressions: powerful, well-built car. Good road presence and lovely quiet ride, engine wise. Pulls away rapidly when needed. The interior space is small for the size of the car compared to my old Scenic. Rear seats just don't seem to fit the car properly. There are large spaces between back of the headrests and the luggage cover, almost 5 - 6 inches and about 4 -5 inches from the end of the cover to the tailgate. As such, you hear any of your items in the back, swaying and swashing about constantly. Also, they can be seen by prying eyes. For some reason, this car pulls noticeably to the left so I'll be back to the dealer concerning that. My biggest gripe with this car though has to be the mpg. Yes, I've gone from a diesel auto to a petrol auto, but this has been really shocking and a total let down. I'm currently getting about 14 - 16 mpg and I'm really doing careful driving with full eyes on my speed and driving technique. This is a real worry as by my estimates, this will only do about 160 - 180 miles on a full tank with town driving. My previous Renault Scenic Diesel Auto did around 400 with town driving. This is a real worry as I've never been in a car and watch the fuel gauge fall while idling waiting for my family to get in the car after 15mins. All in all, there are some things that can be done better, and some things are just done badly. Wish I'd gone for an X-Trail!

I had previously owned VWs - this was my first Ford on first impressions I loved it and wanted a comfortable work car as I do a lot of miles. I still had eleven months maufacturers warranty on the vehicle up to March 2016. Two weeks out of warranty despite having it serviced regularly the oil warning light came on and I had to be recovered home - this resulted in the dealership in Mansfield examining the vehicle and finding the internal oil pump had fractured causing the engine to seize and damaging the turbo. I have just been presented with a bill for over £6K with no acceptance from the Ford dealership. I could not get the damaged parts from the garage for examination and it's looking very much like a legal battle. It rides well and fuel consumption is not what it says on the tin. The radio freezes, the boot has a large gap between seat and boot. I paid nearly £20k for this car just over one year ago and this is diabolical. Don't buy a Ford Kuga.

Transmission giving no reverse intermittently, gear changing was shuddering, rough taking off. Ford service centre relearned and said it will right itself within a week. Didn't only got worse, went back and they looked again and said it was my fault l had not done a 120000 service with them and that the transmission engine oil had not been changed. My gearbox needed replacement and it was going to cost me $8000 around about for a second hand one.

So disappointed with my Kuga... after the so called recalls my car has never been the same. Constant loss of coolant, warning messages, etc.

And every time racq had to tow it back to the dealer. No wonder you get free racq membership. This is just an ongoing inconvenience, first the water pump then seals, etc and airlock ( every excuse you can think of) . The vehicle has only done 60k and all services done by ford . Definitely not buying a Ford ever again. Hello Mazda....

The old kuga was good. The old mondeo was good. Then someone decided that americans should have same fords that europeans get and thats why all went wrong.

The Ford Kuga is a perfectly likeable SUV, provided you can live with the smaller than average boot. It is also reasonably fun to drive and quiet on a long journey, but since its launch more desirable cars such as the Seat Ateca, Peugeot 3008 and Mazda CX-5 have also surfaced, which when you look a little deeper make more sense on both practical and financial grounds.

Very pleased with my white 2010 Ford Kuga, bought second-hand a year and a half ago. Comfortable to drive and good road holding. Relatively good value for money with useful extras such as rear view parking screen, rear and front parking bleepers, cruise control and heated front seats. Drawbacks - are that the darkened rear windows make reversing in the dark very difficult. Also, the computer screen isn't easy to work, eg: the Bluetooth phone function and sat nav are complicated to set. The full length glass roof is good, though I miss not being able to open it, having always enjoyed having an open sunshine roof in all my previous cars. All in all I fully recommend the Kuga, and I definitely think it is one of the best looking cars on the road.

Having purchased the Ford Kuga second hand (34,000 miles), I was disappointed with the fuel consumption not meeting the figures given. Then after 8 months and 3,500 miles I have had to replace the Diesel Particulate Filter. Not once in the sales pitch was I told that the car had to go through a regeneration procedure every 500 miles or so where you run the car hat high revs for 25 miles to burn off the soot in the filter. I would love to know if that is included in the mpg figures? Other than that i have found the Kuge to be a great car for comfort performance and handling, the boot space is not quite as large as i first thought. Given a bit of hindsight I would have gone for the petrol version.

The Ford Kuga represent an enjoyable SUV that doesn’t set the world alight, but has all the features you’d need in a car like this, including both assistive and in-car technology. There are no real killer features here: it won’t worry something like the Mercedes E Class, but the Kuga isn’t for the same audience, anyway. The onboard audio and navigation systems cater for everything you’re likely to need in 2017. And the new design, while not as bold as it could have been, gives the Kuga a sophisticated makeover, bringing it in line with today’s motoring fashions.

Ford's new Kuga caters for many tastes too, as it's offered with a range of frugal turbocharged petrol and diesel engines and the option of automatic transmissions on some models. There's even less costly two-wheel drive models, which are notably more efficient, ideal for those who want something the size and shape of the Kuga but without the need for additional traction.

Full of surprising features (surprising to me, that is--my last car was a 2001 1.8 Zafira converted to autogas), eg automatic headlights, automatic wipers, electric sunroofs front and rear, automatic interior mirror etc. One of the few problems for me was the information system...too much! I found myself checking instantaneous mpg, average mpg, miles left to empty...and this was as bad a distraction as using a mobile phone! (which I don't BTW). I now set the info to Miles remaining, if I want to check the other info I leave it until at home. I have a bit of a problem with road noise which I put down to the low profile tyres. When they are due for replacement I'll see how much "normal" tyres cost. Another problem for me is the very low first gear, useful for driving up the side of a house, but causes an unpleasant lurch if I put my foot down from standing start. I slip into second using a nice little switch on the side of the gear lever to select second for normal starts. Much smoother. I agree with other reviewers about the rear compartment curtain, too much of a gap. Driveability is excellent, holds the road like a tank, I have utmost confidence in the Kuga when cornering, I have added probably at least 5MPH to the Zafira's cornering speed, even on wet roads. The brakes were a bit of a problem at first, learning not to press too hard took a few weeks, but the Zafira did have 187k on the clock... All in all a very comfortable, confidence-inspiring vehicle. I'd get a new one tomorrow if I could afford one!

I fail to agree the Kuga is much better than the Ateca,Tiguan & Mazda.Does this magazine have a problem with the beautiful Kuga.I certainly would not sell mine for any other SUV.

Very pleased with the Kuga. Very comfortable, easy to drive, and good equipment. Only two things which bug me. The first, is the fuel consumption is way more than the manufacturers fiqures. Why can't the government test these and publish them? Second, is the rear retractable shelf. This is something most, if not all owners complain about, and appears to be an after thought on Ford's behalf. It neither reaches the back of the rear seats, nor the tailgate, leaving gaps for passers-by to see what contents are in your boot. Looks as though Ford have taken it from other model, and dropped it in with looking to see whether it fits. Otherwise, I love it.